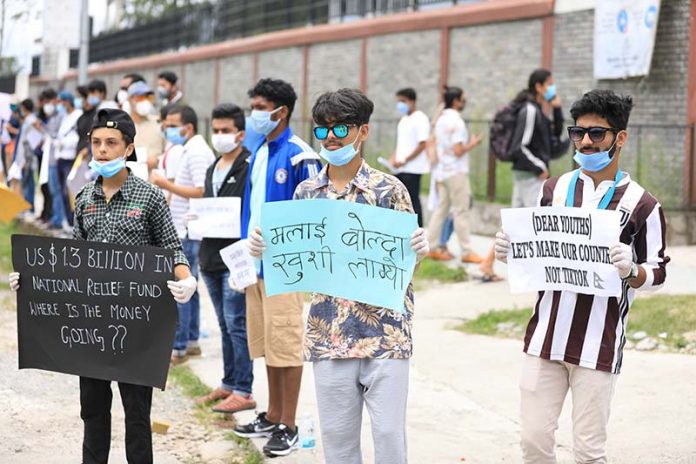 Youths of Pokhara today staged a sit-in protest to make the government more responsible saying that the government had not done anything effective to control the COVID-19 infection in Pokhara.

Programme Coordinator Salaija Shrestha said that the government had discriminated in the treatment of citizens. She warned the government against discriminating the citizens while carrying out RDT and PCR tests.

She further added that the youths would help in the management of quarantine facilities if the government did not. Hundreds of people attended the protest.

Meanwhile, in Biratnagar, youths protested against the government today saying it had failed to work effectively in controlling COVID-19.

Youths carrying placards that said No RDT, but PCR demanded details of the expenditure on controlling the virus. The youths reached the office of the Chief Minister and Council of Ministers of Province 1 and demanded that PCR tests be conducted to stop the infection from spreading.

They also sought an end to the rapid diagnostic test. They protested at Biratnagar metropolis too.

A version of this article appears in e-paper on June 12, 2020, of The Himalayan Times.

Life goes on, albeit a little differently 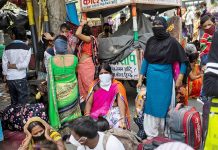 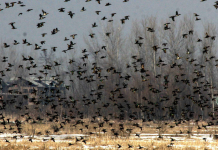 Russia-Ukraine conflict to blame for fewer migratory birds in Haridwar this...