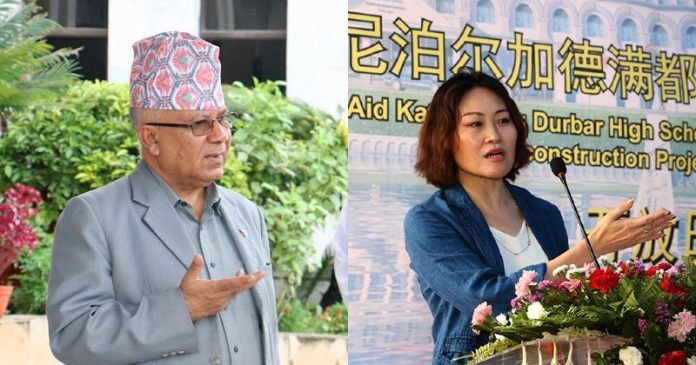 China’s Ambassador to Nepal Hou Yanqi yesterday met Madhav Kumar Nepal, a senior leader of the ruling Nepal Communist Party (NCP), raising eyebrows as the meeting took place at a time when the internal rift within the NCP is heading towards a climax.

It is not unnatural for the Chinese ambassador, or any other foreign ambassador for that matter, to meet Nepal’s political leaders, but such a meeting can be justified only when there is a context for it.

“The Chinese ambassador met Nepal at a time when the feud between the rival factions of NCP is heading towards a climax. She had held a series of political meetings on May 1 when there was a serious rift in the NCP,” Bhattarai said. He added that China might want to see NCP united, but if it acted to keep the party united repeatedly, that could anger other powerful countries who have a presence in Nepal. Our neighbours and friends should understand that we live in a politically sensitive region,” he added.

Bhattarai said the standard protocol demanded that there should be a representative of the Ministry of Foreign Affairs in such meetings, but as far as the Chinese ambassador’s meeting with Nepal was concerned, no details were provided by any side about the contents of the meeting or presence of MoFA officials. Political analyst Uddhab Kumar Nepal said NCP leaders criticised India in the past for allegedly trying to interfere in Nepal’s domestic affairs, but these days when Chinese authorities were interfering NCP leaders were mum.

Another political analyst Jay Nishant said although details of Yanqi’s meeting with Nepal were not revealed, it was not difficult to guess that she went to see Nepal in a bid to reconcile differences within the ruling party. Nishant said that in the past five–six years Chinese interference in Nepal’s domestic affairs had increased and that was a reflection of China’s flexing of economic and military muscle in the region and beyond.

“Until a few years ago, China pursued a balanced foreign policy visà-vis Nepal, consciously investing less amount of money compared to our southern neighbour. China didn’t do anything that could be perceived as interference in Nepal’s domestic affairs, but that is now a thing of the past,” Nishant said. He added that Chinese policy in Nepal was the reflection of China’s overall ‘aggressive’ foreign policy. “If China increases its activities in Nepal, that will only create disturbances in Nepal rather than assist Nepal,” he said.

THT sent a message to the Spokesperson for the Chinese Embassy in Nepal, Wang Xiaolong, seeking to know what transpired in the meeting between Yanqi and Nepal, but Xiaolong didn’t respond till the filing of this report.

Spokesperson for the NCP Narayan Kaji Shrestha denied in a tweet that Nepal’s internal political dynamics were dictated by any foreign country. “Nepal, as a sovereign country, is able to decide for itself. We object and reject any tendency to intervene in our affairs,” he added.

When asked to clarify, Shrestha said his tweet was not about any particular person or entity, but a general remark. “The PM said India was plotting to dislodge him from power. Now people are saying that the Chinese ambassador is trying to reconcile differences between the rival NCP factions. My view is that we are independent and can resolve our differences,” he added. 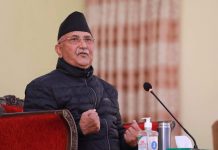 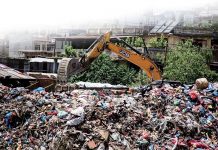