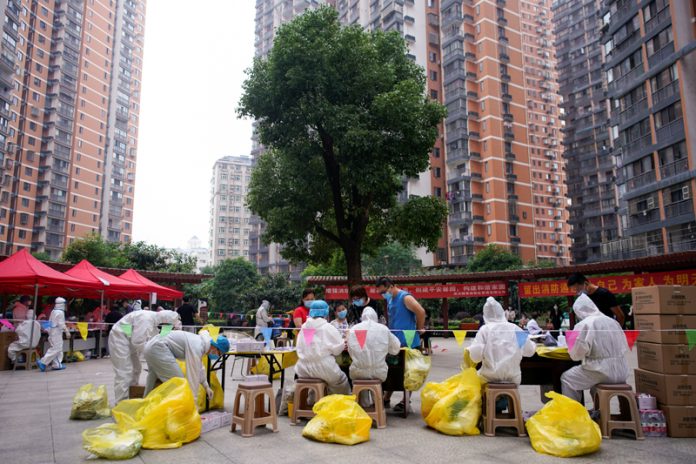 More than 5.6 million people have been reported infected with the novel coronavirus globally and 349,555 have died, a Reuters tally shows. Infections have been reported in more than 210 countries and territories since the first cases were identified in China in December 2019.

The Americas have emerged as the new epicentre of the coronavirus pandemic, the World Health Organization (WHO) said, as outbreaks accelerate in Peru, Chile, El Salvador, Guatemala and Nicaragua.

At least 1,687,449 cases of the highly contagious novel coronavirus have been reported in the United States and its territories while 98,834 people have died, according to a Reuters tally of state and local government sources as of May 27, 2020, 12:25 AM (ET). The US diagnosed its first COVID-19 case in Washington state on January 20.

Likewise, Brazil follows the US with a total of 391,222 coronavirus cases. According to Reuters’ interactive graphic tracking the global spread, the UK has the second-highest 37,048 deaths from the viral infection after the US.

‒ The WHO promised a swift review of data on hydroxychloroquine, probably by mid-June, after safety concerns prompted the group to suspend the malaria drug’s use in a large trial on COVID-19 patients.

‒ Germany plans to ease social distancing steps from June 29, a week earlier than previously planned, and aims to lift a travel warning for 31 European countries from mid-June.

‒ Spain urged its European Union partners to set up common rules to open borders and re-establish the freedom of travel in the Schengen Area as national lockdown restrictions are phased out.

‒ A global campaign to fund the development of vaccines and therapies against COVID-19 has so far raised 9.5 billion euros ($10.4 billion), the head of the European Commission said.

‒ France’s coronavirus death toll rose by less than a 100 for the sixth day running, raising hopes that the worst of the pandemic is over for the country.

‒ Twenty US states reported an increase in new cases of COVID-19 for the week ended May 24, up from 13 states in the prior week, as the death toll from the coronavirus approaches 100,000, according to a Reuters analysis. (Open https://tmsnrt.rs/2WTOZDR in an external browser for a Reuters interactive)

‒ As Brazil’s daily COVID-19 death rate climbs to the highest in the world, a University of Washington study is warning its total death toll could climb five-fold to 125,000 by early August.

‒ Mexico registered 501 new deaths from the coronavirus on Tuesday, its biggest single-day increase in fatalities yet, as the jump in fresh cases also set a record.

‒ The Panama government said on Tuesday that in June it will start to relax some measures imposed to curb the spread of the coronavirus, permitting sectors such as construction, nonmetallic mining and pharmaceuticals to resume operations.

‒ South Korea reported the highest daily number of new coronavirus cases in 49 days on Wednesday, as one of the country’s largest e-commerce companies battled an outbreak linked to a now-shuttered logistics facility.

‒ Indian states witnessing millions of migrant laborers returning from the big cities are recording rising infections, officials said, fearing that the pandemic could spread through villages where medical care is basic at best.

‒ Australia recorded its youngest victim of COVID-19 after a 30-year-old man with underlying health conditions died in Queensland state, having shown symptoms of the disease for weeks but without getting tested, officials said on Wednesday.

‒ South Africa’s churches and other places of worship can reopen their doors from June, but will be limited to 50 people, President Cyril Ramaphosa said.

‒ Saudi Arabia will begin easing restrictions on movement and travel this week, with an aim to lift the curfew completely — with the exception of the holy city of Mecca — from June 21.

‒ Bethlehem’s Church of the Nativity reopened to worshippers and tourists as Palestinian authorities eased restrictions in the occupied West Bank.

‒ LATAM Airlines Group, the continent’s largest carrier, filed for US bankruptcy protection on Tuesday, becoming the world’s largest carrier so far to seek an emergency reorganization due to the pandemic. 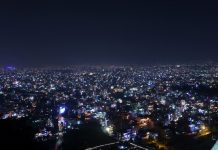 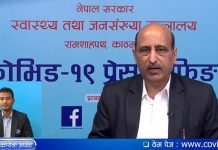