The Telecom Infra Project (TIP), an initiative focused on accelerating the pace of innovation in the telecom industry worldwide, is expanding its current working relationship with the Wireless Broadband Alliance (WBA) to further its AFC Software Group and help spur global adoption of Wi-Fi in the new 6GHz unlicensed band.

The partnership will set out to maximise the full benefits of 6GHz Wi-Fi – currently through Wi-Fi 6E, and in the near future, Wi-Fi 7. Offering wider channels up to 160MHz, and data rates and capacity up to 9.6Gbps (compared with 3.5Gbps in Wi-Fi 5), Wi-Fi 6E is said to be able to deliver better reliability, lower latency, more deterministic behaviour and better network efficiency, especially in environments with many connected devices. Use cases for Wi-Fi 6 – also known as 802.11ax – include service for high-density wireless locations, internet of things support and indoor wireless coverage.

TIP and WBA will look to seek out and optimise such use cases, including indoor and outdoor venues that have adopted the OpenRoaming standard. First announced in May 2021 and commercially deployed two months later, OpenRoaming was developed as a global system based on a common set of standards to bridge the gap between cellular and Wi-Fi, offering users frictionless connectivity as they roam between guest Wi-Fi networks and public Wi-Fi hotspots.

Built on a set of standards and guidelines developed by the WBA and the Wi-Fi Alliance, the standard is designed to combine the convenience of mobile roaming with Wi-Fi 6 connectivity, allowing devices to connect securely and automatically to Wi-Fi networks and roam seamlessly from one hotspot to another without the user needing to log in. The standard is said to have seen tremendous growth in the past year and is expected to play a crucial role in delivering great mobile experiences and ushering in a new era of mobile applications.

The WBA says the momentum around enabling use of the 6GHz band is “unmistakeable”, noting that more than 40 countries worldwide have already designated 6GHz for unlicensed use and that “many others are actively working to open up the band”.  It adds that many of these countries see the value of enabling standard power operations that would require automated frequency coordination (AFC) and develop Open AFC.

The goal of Open AFC is to develop an open source reference implementation of an AFC system. The WBA says this framework will enable unlicensed devices in the 6GHz band to operate outdoors as well as increase their indoor range, while ensuring that existing services are protected from interference. The alliance also believes that enabling the full benefits of 6GHz Wi-Fi with an AFC system will deliver all the public Wi-Fi benefits of OpenRoaming, including automatic friction-free onboarding for users while managing privacy and security and enabling different identity options.

In May 2021, TIP adopted the WBA OpenRoaming standard, which enables users to roam securely from location to location without the need for logins, registrations or passwords. WBA will collaborate with TIP to define how the Open AFC technology will work and how public and guest Wi-Fi based on OpenRoaming can benefit from the full capabilities of Wi-Fi 6E.

“As we take steps towards optimising the connectivity and economic benefits of the 6GHz band, we also need to ensure fair and equitable use of the band,” said Tiago Rodrigues, CEO of the WBA. “Open AFC will benefit the whole Wi-Fi industry, including networks that have adopted OpenRoaming. It will enhance Wi-Fi to provide a consistently great, secure broadband user experience in stadiums, homes, enterprises, schools, hospitals, and more.”

Chris Szymanski, TIP Open AFC Software Group co-chair, added: “AFC is critical to the future of 6GHz Wi-Fi. With AFC, Wi-Fi devices can operate at higher powers, provide greater coverage and operate outdoors. This fits well within the focus area of the WBA, an organisation that is highly focused on improving operator-provisioned Wi-Fi.” 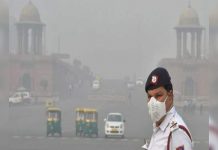 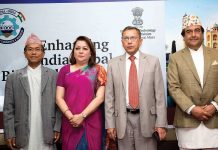 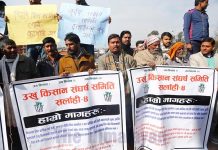 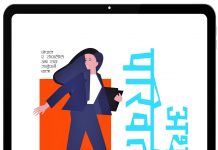