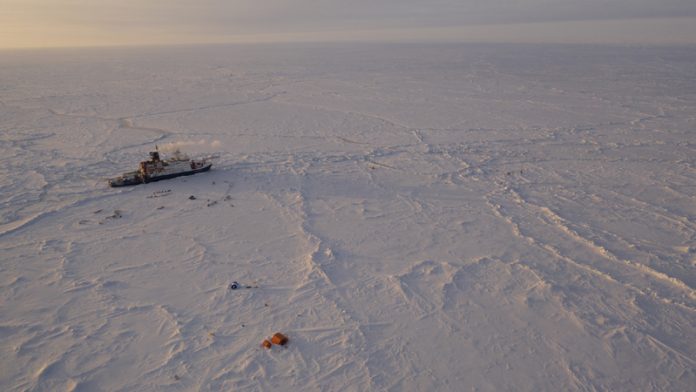 BERLIN: They prepared for icy cold and trained to be on the watch for polar bears, but a pandemic just wasn’t part of the program.

Now dozens of scientists are waiting in quarantine for the all-clear to join a year-long Arctic research mission aimed at improving the models used for forecasting climate change, just as the expedition reaches a crucial phase.

The German Arctic research vessel Polarstern in the ice next to a research camp in the Arctic region. Dozens of scientists are waiting in quarantine for the all-clear to join a year-long Arctic research mission aimed at improving the models used for forecasting climate change, just as the expedition reaches a crucial phase, Friday, April 24, 2020. Photo: Manuel Ernst/Alfred-Wegner-Institut via AP

For a while, the international mission looked like it might have to be called off, as country after country went into lockdown because of the virus, scuppering plans to bring fresh supplies and crew to the German research vessel Polarstern that’s been moored in the high Arctic since last year.

News of the pandemic caused jitters among those already on board, said Matthew Shupe, an atmospheric scientist at the University of Colorado and co-leader of the MOSAiC expedition.

“Some people just wanted to be home with their families,” he told The Associated Press in a video interview from the German port of Bremerhaven, where he and about 90 other scientists and crew have been kept in isolation to ensure they’re virus-free.

Organizers at the Alfred Wegener Institute for Polar and Ocean Research managed to fly out a handful of people via Canada last month. The rest of the crew will be exchanged with the help of two other German research ships that will meet the Polarstern on the sea ice edge.

That upcoming rendezvous will force the Polarstern to abandon its current position for three weeks at a critical time in the Arctic cycle.

“We are on the cusp right now of the onset of the sea ice melt season and that’s a really important transition,” said Shupe.

“That could happen when the ship is gone,” he said. “It’s a distinct risk we face.”

To avoid missing out on key data, researchers will leave some instruments behind, including an 11-meter (36-foot) tower used for atmospheric measurements, and hope that it’s still there when they return.

“The ice could just come together and destroy everything,” said Shupe. “Hopefully that doesn’t happen.”

Adding to the problem is the fact that the sea ice is cracking up and moving about earlier than anticipated, a sign of possible future changes to the Arctic if global warming continues.

“It’s challenging,” said Shupe. “But we need to face that challenge in order to get these kind of measurements.”

Scientists on the 140-million-euro ($158 million) expedition have already gathered valuable data since setting out last September with 100 researchers and crew from 17 nations including the United States, France, China and Britain.

Shupe said the measurements that scientists were able to perform during the long Arctic winter will improve the models they use to calculate how snow insulates sea ice and affects the movement of energy.

“Conceptually we know that, of course, but we actually have observations now that will tell us how that’s working,” he said.

Measurements of tiny airborne particles can also help shed light on the role they play in trapping heat or reflecting sunlight, especially if there’s less ice and more open ocean as temperatures in the Arctic continue to rise.

The intense interest into research about the coronavirus could have a positive knock-on effect for fields such as climate science, said Shupe.

“Everybody is now looking at the new for models of how this (virus) spreads,” he said. “Perhaps this actually opens the door to more people to understand the climate problem.”

Still, the researchers on MOSAiC are hoping to deal with one problem at a time, hence the strict quarantine to avoid any chance of carrying the coronavirus into the Arctic.

“We definitely don’t want anybody getting sick and we don’t want to take that out to the ship,” said Shupe. “Realistically, it’s actually one of the safest places on Earth right now.”

How Schrems II will impact data sharing between the UK and... 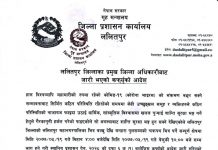 Curfew in inner-Lalitpur on Friday from 4am to 10pm 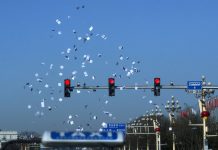 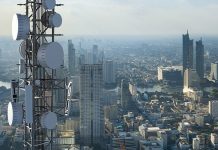 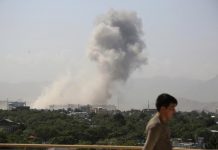