Almost from its inception and phasing in, the UK’s Emergency Services Network (ESN) has been plagued by delays, budget overruns and rows over value for money in contracts awarded for the scheme and the UK government has just announced the latest stage of the service agreement it still has with Motorola.

In this part of the agreement – Lot 2 User Services, with an official end date of 18 December 2023 – the tech firm has since 2015 been providing telecommunications equipment and supplies; ancillary works for pipelines and cables; networking, internet and intranet software packages; and IT software development services.

However, the UK government and Motorola have now reached an agreement to officially end the contract with effect from 19 December 2022 – leaving a 12-month winding-down period.

First devised in May 2014, the ESN comprises a UK-wide 4G mobile network designed to serve the needs of the UK’s ambulance, fire and police services, and assorted associated bodies, replacing the reliable and well-liked Airwave terrestrial trunked radio network (Tetra). The Airwave network currently enables the UK emergency services to communicate securely with each other in the field.

The ESN was designed to offer a secure private mobile radio communications platform for all organisations involved in public safety to be used by the country’s first responders. Motorola Solutions won one of the key contracts for the delivery of ESN in 2015 and acquired Airwave Solutions, the owner and operator of the Airwave network, in 2016. The total value of the contract for the project is given as £409.5m.

Yet, almost from inception, there have been concerns about delays to the roll-out of ESN and costs to the UK taxpayer of continued use of the Airwave network, which is now expected to continue operating until the end of 2026. According to a highly critical report by the Public Accounts Committee (PAC) in 2019, the project was seen to have faced “substantial levels of risk” with further delays and cost increases “inevitable”, and the Home Office was criticised for not having done enough to turn the project around.

In October 2021, the UK’s Competition and Markets Authority (CMA) opened an investigation into the role of the Airwave network in the ESN, in particular the impact of Motorola’s dual role as the owner of the company providing the current mobile radio network and as a key supplier in the roll-out of the planned new network.

With the CMA having considered the evidence and reviewed the responses to the consultation, an independent group was asked to investigate the sector and decide whether there were problems, and if so, put in place appropriate solutions.

In its provisional findings, the CMA found that the Home Office was being charged more by Motorola to use the Airwave network than should be the case. The organisation outlined a set of proposed changes to limit the price Motorola could charge to a level that would apply in a well-functioning, competitive market. And emphasising that the CMA’s findings were provisional, a Motorola Solutions spokesperson told Computer Weekly that going forward, the company would continue to work with the CMA to demonstrate the value for money it said the Airwave network provided to the UK taxpayer.

However, just weeks after the CMA investigation concluded that the tech firm appeared to be charging prices well above competitive levels – something a spokesperson for the tech firm told Computer Weekly was based on “unfounded and incorrect calculation” – Motorola made what it called a “business decision” to begin negotiations regarding an early exit from its ESN contract, which it has now completed.

Earth’s Ozone layer is recovering as damaging chemicals phased out 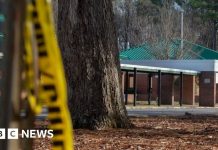 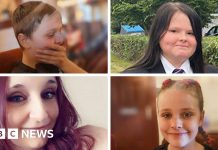 Greenland at its warmest in 1,000 years: Study