POKHARA: Two bodies of the persons missing in the landslide that occurred in Kushma Municipality-2 of Parbat district on Saturday night, have been found on Sunday morning.

According to police, their identities are yet to be established.

A view of landslide site in Durlung in Parbat district as pictured on Sunday, June 14, 2020.

Earlier, three person were killed while six persons had gone missing after the landslide occurred in Durlung Dhakalbari at 8:00 pm last night. The death-toll with the discovery of two bodies has now reached five.

A team of Nepal Police, Nepali Army and Armed Police Force had reached the landslide site the same night and started search and rescue operations.

Search is on for the four others missing in the incident, informed police.

Morata double leads Atlético to 3-0 over Mallorca in Liga 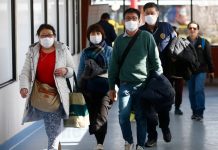 In Pictures: Precautions against Coronavirus 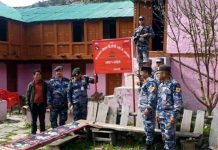