The Federal Reserve is widening its Main Street Lending Program to include more mid-sized businesses seeking loans amid the economic downturn.

The central bank announced Thursday it will expand credit eligibility to firms with up to 15,000 employees or $5 billion in revenue. A third loan option for “borrowers with greater leverage” was created, and the minimum loan size for certain offerings was lowered to $500,000 from $1 million.

The lending pool was previously limited to businesses with up to 10,000 employees or $2.5 billion in revenue.

The Fed didn’t provide a start date for the $600 billion program, only noting it “will be announced soon.”

Read more: A fund manager who’s beating the market by betting on tiny companies says coronavirus ‘turbocharged’ the trends driving his portfolio. He told us what they are, and the 3 stocks he’s most bullish on.

The newest loan allows participating lenders to retain a 15% share on loans that, when added to existing debt, don’t surpass six times the borrower’s income. The existing loan options let lenders hold only a 5% stake after selling the debt to the Fed.

Apart from expanding its Main Street facility, the Fed Board is mulling a separate aid program for nonprofit organizations, according to the Thursday release. Such a facility could target universities and hospitals hit by the and its economic toll.

The announcement comes one day after the Federal Open Market Committee elected to hold rates at historic lows. The committee’s April meeting yielded little guidance on how the central bank may act further to pad the against heightened risk, though Fed Chair Jerome Powell urged policymakers to spend more on relief measures.

“Will there be a need to do more, though? I think the answer to that will be yes,” he said, adding that additional stimulus could defend businesses, corporations, and households from “avoidable insolvency.”

Karnali investment summit to be held in April 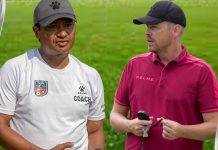 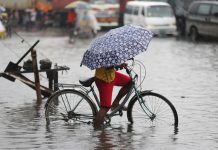 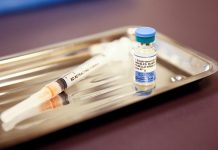