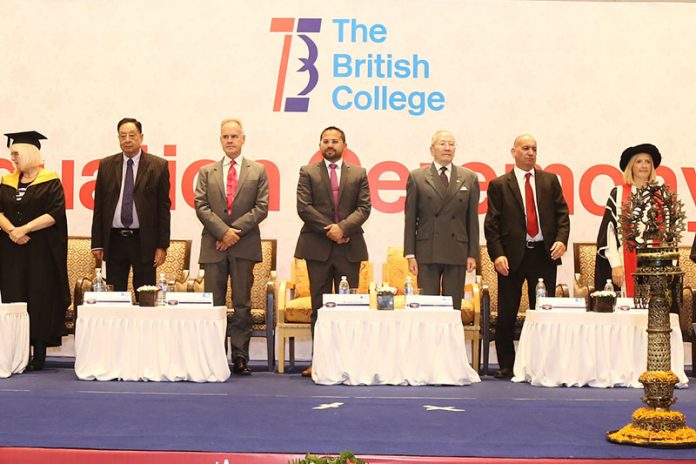 Guest of Honour and representatives from both the awarding universities attend the 4th graduation ceremony of The British College in Kathmandu. Courtesy: TBC

KATHMANDU: The British College conferred degrees to 225 graduating students at the fourth annual graduation ceremony held at the Hyatt Regency, Bouddha in Kathmandu on Friday.

In a statement today, the college said it bid adieu to 225 graduates, its fourth batch and largest, from various faculties.

The ceremony was attended by graduands, families, academics and special guests. The list included: Guest of Honour and Chief Guest Michael Rutland OBE (The British Honorary Counsel in Bhutan and advisor to TBC), Paul Cleves (Former Head of Geography at Eton College and advisor to TBC), Chiran Thapa (Accredited Educationalist and Advisor to TBC) and Dr John Bateman Principal of the British College).

Rajen Kandel, CEO and Founder of the British College, congratulated all the graduates and parents present at the event.

The British College offer internationally recognised degrees and courses in affiliation to the Leeds Beckett University and the University of West of England, it said in the statement.

COVID cases on the rise in Dharan

‘This virus may never go away,’ WHO says 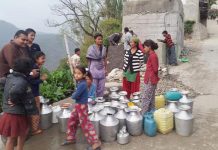 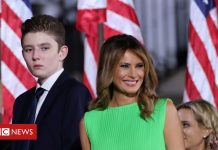 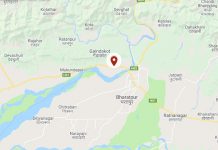