Locals accused the Road Division Office and Development Construction Service, Mirchaiya of using substandard materials to blacktop a road at wards 1 and 2 of Karjanha Municipality in Siraha.

Locals said the gravel, base and prime coat were sub-standard.

They said the construction company had used sand brought from the Kamala River rather than materials mixed with sand, gravel and others.

Local social worker Bhola Pokhrel said the contractor had not paid attention to villagers objection on the use of substandard materials. “The contractor did not listen to the locals and blacktopped the road forcibly,” he said, adding villagers’ efforts to stop the ongoing work had been in vain.

Karjanha Municipality Deputy Mayor Gyanu Shrestha said the contractor was directed to halt work due to complaints of use of substandard materials. “The contractor should follow basic requirements and meet the standard as the state had spent a huge amount for the same,” he added.

Road Office engineer Sailendra Chaudhary reached the site after locals protested. He admitted the work was substandard. “It is negligence on the part of the company as the base and prime coat are below the required standard.”

Construction company proprietor Mantun Sah said he had worked as per the estimates and the work would continue soon. 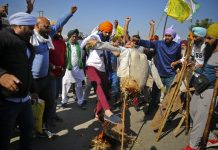 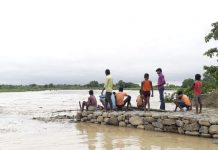 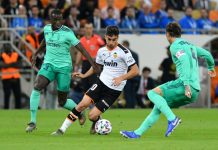 Jada and Will Smith reveal marriage trouble on Facebook show