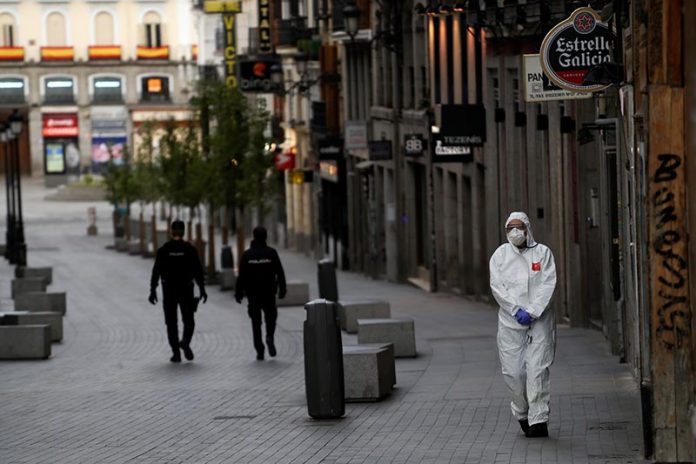 GAVÀ: Spaniards revelled in their new-found freedom this weekend after coronavirus lockdown restrictions were eased to allow healthy adults out to play sports and take walks for the first time in seven weeks.

Sigrid Cervera, 44, was heading for the sea on Sunday with her surfboard in Gavà, a town outside Barcelona whose council has permitted access to the beach.

“Yahoo!” she cried as she entered the waves. “I have not been able to go surfing for ages so I am very excited this morning,” she said.

Under the new system, different age groups are assigned specific time slots to go out, while everyone must adhere to social-distancing guidelines, staying at least 2 metres apart.

While Spain remains one of the countries worst hit by the pandemic, with more than 217,000 confirmed cases, data released on Sunday showed 164 people had died in the previous 24 hours, the lowest one-day increase since March 18.

Jordi Jornet, 45, a musician who has been out of work since the start of the lockdown in March, was out jogging along the shore in Gavà.

“Last night I was running in the mountains where there were less people but here there are more people out today,” he said.

In an effort to prevent overcrowding, Barcelona’s city council has barred entry to its urban beaches, which can fill up even in spring, but instead thousands of people converged on the boardwalk that runs alongside the beachfront on Saturday.

Similar scenes occurred in the capital Madrid, where parks and other large public spaces remain closed, forcing runners and walkers to share narrow pavements and walkways.

The relaxation of exercise restrictions is one of the first steps in a four-phase plan to gradually reopen the country by the end of June.

Last weekend, children under 14 were allowed out for an hour a day of supervised activity. From Monday, businesses that operate by appointment, such as hairdressers and beauty salons, will resume limited services.

Environment Minister Teresa Ribera, who heads the committee responsible for unwinding the lockdown said the country must prepare to live with the virus for a long time.

“Until at least the beginning of October we will have to be very careful,” she said in an interview with newspaper El Pais.

Health Emergency Chief Fernando Simon echoed her sentiment and warned that containing the virus would depend on all Spaniards sticking to the rules.

“There is a high probability of a new outbreak. We don’t have any guarantees,” he told a daily press conference in Madrid. 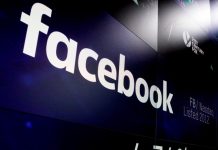 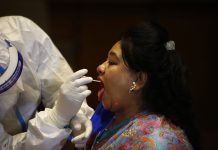 Federal lawmakers tested for COVID-19 ahead of budget session 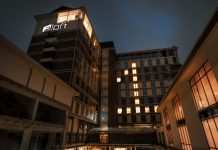