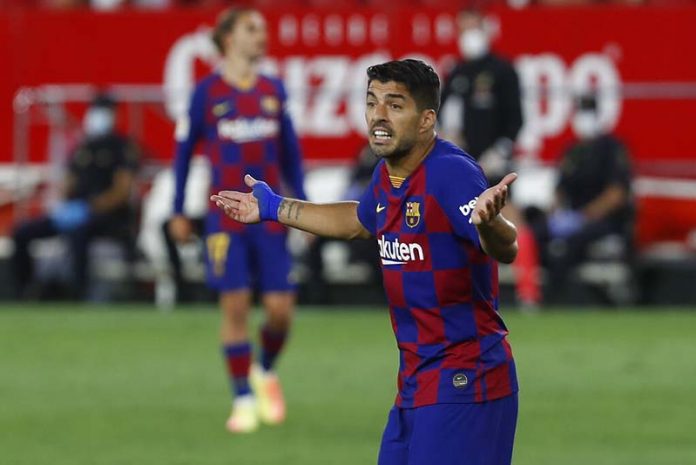 MADRID: Sevilla drew with Valladolid 1-1 on Friday for its fourth straight setback in the Spanish league, missing a chance to retake third place from Atlético Madrid.

Lucas Ocampos converted an 83rd-minute penalty kick to salvage the tie, the fourth consecutive for Sevilla since it returned from the coronavirus break with a win in the Seville derby.

Kiko Olivas opened the scoring for Valladolid in the first half at Ramón Sánchez-Pizjuán Stadium.

The result kept Sevilla in fourth place, one point behind Atlético Madrid, which on Saturday hosts Alavés. Atlético has won three straight and is unbeaten after the pandemic break.

“We really needed this win,” Sevilla forward Suso said. “We dominated and had our chances, but the ball didn’t go in. It’s tough when the other team stays in the back like that.”

Sevilla had resumed with a 2-0 win against rival Real Betis in the city derby, but it drew three straight since then — against Levante, Barcelona and Villarreal.

Valladolid also won in its first match after the break and was winless since, with two draws and a loss at Atlético Madrid. It moved to 14th place with Friday’s draw.

Olivas got on the board with a header after a long cross from a set-piece in the 25th minute. Ocampos equalized from the penalty spot after a handball by a defender inside the area.

Valladolid nearly retook the lead when an 87th-minute close-range shot by Rubén Alcaraz prompted a tough reflex save by Sevilla goalkeeper Tomas Vaclik.

Sevilla’s Munir El Haddadi had a 55th-minute goal disallowed by video review for offside. It took nearly three minutes for the VAR to make the call.

One of Sevilla’s best chances in the first half was a shot by Ocampos that struck the woodwork when the game was scoreless.

League leader Real Madrid visits last-place Espanyol on Sunday, while second-place Barcelona on Saturday visits a red-hot Celta Vigo, which is near the relegation zone.

NTB to focus on branding Nepal during recovery 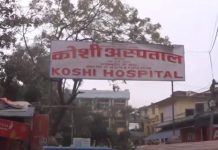 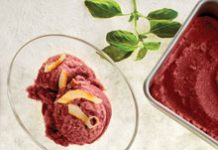 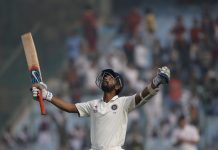 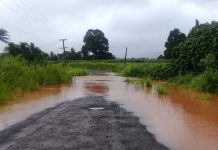 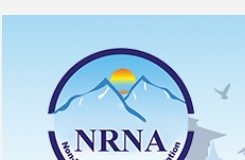