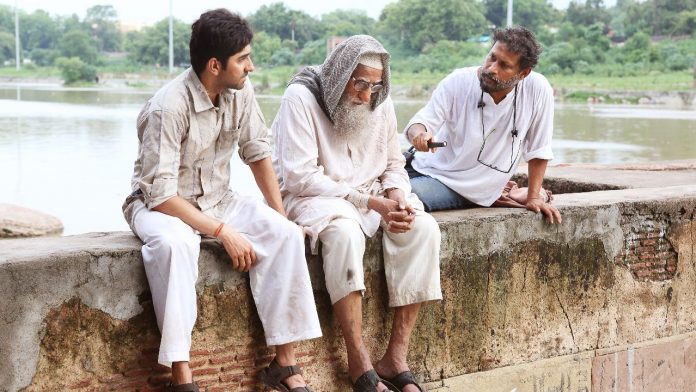 KATHMANDU: The scriptwriter of Gulabo Sitabo Juhi Chaturvedi has claimed that the film is her original work a day after the makers of the film were accused of plagiarism.

She has said that her conscience is clear regarding this matter.

“My conscience is clear, and so are the facts in this matter. Gulabo Sitabo is my original work and I am proud of it. I shared the idea with the director (Shoojit Sircar) and lead actor (Amitabh Bachchan) of the film in early 2017. I subsequently registered the concept note for the film in May 2018,” IANS quoted Chaturvedi as saying.

Accusing Gulabo Sitabo makers of plagiarising the script, a police complaint had been filed on June 7 and a legal notice been sent to them.

Akira Agarwal, son of late writer Rajeev Agarwal accused Chaturvedi of plagiarism. According to IANS it was claimed that Rajeev had submitted a story titled 16 Mohandas Lane in a contest ‘Cinestaan India’s Storyteller Script Contest’ where Chaturvedi was a jury member.

Referring to the contest and her being a jury member, Chaturvedi said, “I had no access to the so-called infringed script at any point in time, as alleged. This fact has been independently confirmed by Cinestaan as well.

Even the Screenwriters Association (SWA), who has looked at this dispute in May 2020, decided in my favour. I speak now to request the press and public not to be disillusioned by false accusations, which are for publicity only. Acts of harassment, defamatory comments, and leaking confidential notices by the accusers only show their lack of faith in their own case. I stand by my truth.”

On the plagiarism row, Anjum Rajabali, Jury Chairman, Cinestaan Script Contest, said: “While it is true that 16, Mohandas Lane was submitted to the first edition of the Cinestaan India’s Storytellers Script Contest of which Juhi Chaturvedi was one of the jury members, we want to clarify that she had absolutely no access to this particular script.”

Ritika Soni, vice-president, Cinestaan Contest, asserted: “The script in question was not part of the final eight sent to any of the other jury members, including Juhi Chaturvedi at any point of time.”

Sircar’s comedy Gulabo Sitabo has Amitabh Bachchan as Mirza, landlord of an old dilapidated haveli‘ in the heart of Lucknow, named Fatima Mahal, while Ayushmann Khurrana plays is his shrewd tenant, Baankey.

It is set for an OTT release on June 12.

Crime up in Rautahat, four killed in two weeks 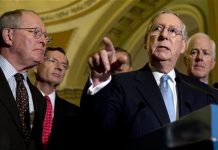 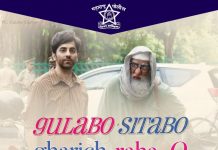 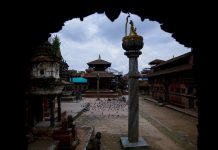 Liverpool move closer to title with 4-0 win over Palace