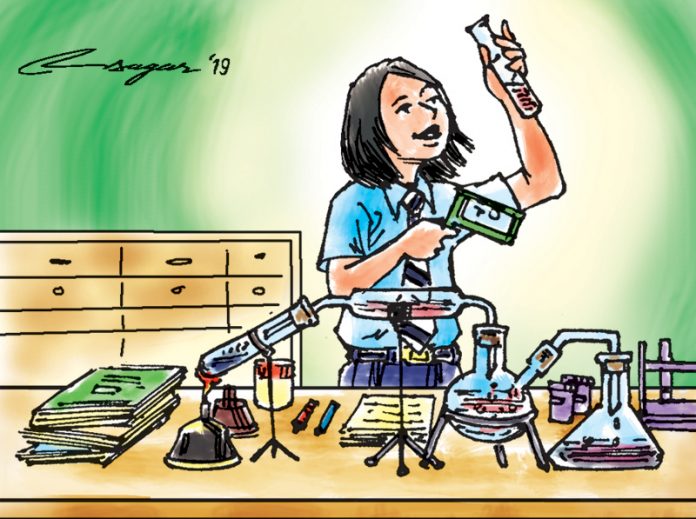 Of late science has been vulnerable to political expediency. Political forces of all stripes have found it convenient to coral, sabotage and even brutally flog science to force it in line with the political narrative being constructed.

This trend is visible in many countries including Nepal, but strangely enough, the scientifically advanced western countries are at the epicenter of this hard-to-comprehend battle. For a while now, in many western countries a flagrant disregard for the most prosaic of scientific truths has been considered an acceptable contrarian viewpoint, and even fashionable in some quarters. However, the fact that these contrarian viewpoints are almost always singularly predicted by a person’s political persuasion tears apart the fake veneer of reason under which such viewpoints are peddled. In fact, most often these are hardly contrarian viewpoints; they are just an attempt to misquote, misstate and obfuscate science to systematically discredit what are considered inconvenient scientific truths.

Examples abound. The ongoing COVID-19 pandemic has made this battle-line quite visible, but the pandemic is not the genesis of this sorry state of affairs. Before hydroxychloroquine and mask mandates became a political flashpoint in many right leaning countries like the United States and Brazil, climate change was by-far the preeminent scientific issue that was being fought along political fault-lines. But this was not the only one. There have been equally wasteful debates between those for and against vaccination, eugenics and even the origins of the universe.

With the pandemic commanding the world’s singular attention right now, the science of COVID-19 has come at the cross hairs of politics. Powerful political figures have found that scientific evidence often spoils the narrative they want to construct: Universal mask mandates clash with right-leaning ideals that celebrate individuality over collective action, and rigorous scientific studies that discredit hydroxychloroquine as a treatment tarnish the false sense of calm that those in office want to portray. And thus they abuse their bully pulpit to animate enough of the public to discredit meticulously unearthed scientific truths that they find inconvenient.

But it’s not just people in the right wing who have picked a battle against science. In many western countries, drumming up unfounded fear of vaccines was the prerogative of many people across the political spectrum. Vaccine deniers go as far back as vaccines themselves, but it was Jenny McCarthy, the American actress, who made a cause célèbre out of this. McCarthy, through her media personality, drove right into America’s living rooms a discredited argument that vaccines caused autism–recruiting anxious suburban mothers to her cause. Although she tried to walk back on her assertions later, her tinder of misinformation had already set afire a groundswell of vaccine denialism that continues to linger strong, often at the fringes of the political left. When an idea permeates enough people, it always finds a political home.

We are seeing similar dynamics play out elsewhere too. It does not take long for such hostility against science to travel from one ocean-shore to the other. Closer home, our political leader’s attempt to promote turmeric and garlic as scientifically validated remedies may have been politically useful to soothe the public sentiment. However, such disingenuous arguments don’t serve the common good in the long run, not in the least due to a deterioration of the public’s trust in science.

Politics has attempted to co-opt and abuse science in other ways. Many nations have attempted to use the race to develop a vaccine against COVID-19 as an opportunity to score political victories, at home and abroad. The Chinese and the Americans have been unabashed in their attempts to be the first to develop a vaccine against COVID-19. The political dividends of being the first to do so are obvious. The Chinese have even patented and launched a vaccine for use within their military even before required clinical trials have been completed.

But it’s the Russians that have outflanked the Americans and the Chinese, with their flagrant disregard for the scientific process at the behest of politics. At the prodding of the political leadership, their Ministry of Health has now approved a local vaccine for use among health workers and teachers. That vaccine, developed by the Gamaleya Institute in Moscow has only been tested among 78 people thus far and has not completed the crucial Phase 3 testing. Typically these vaccines need to be tested among 30,000-35,000 people before enough scientific evidence can be generated on their safety and efficacy.

This insidious infiltration of politics into science is already seeding a distrust of science among people. A recent survey in the United States showed that only 49% of the people were willing to take a COVID-19 vaccine right when it became available. A lot of these people fear that politics may force science to cut corners and release a vaccine before its safety and efficacy can be established. That the American government’s push to create vaccines against COVID-19 was unwisely labeled the “Operation Warp Speed” only worsens these concerns.

Not that doctors and researchers are not to be blamed for the politicization of science to some extent. Jenny McCarthy’s anti-vaccine crusade picked up where Andrew Wakefield’s left: Wakefield was a British doctor who fabricated data to write a research paper that said vaccines may cause autism. McCarthy just latched onto this nidus of ignominious scientific falsity and took it to everyday people. Mask mandates were politicized partly because the scientific community’s inability to give a uniform recommendation on their utility early on.

But these are failures of the purveyors of science, not science itself. The scientific method is the most powerful tool mankind has ever developed to discover and verify physical truths to the great benefit of mankind. Science cannot answer all of humanity’s burning questions; the beauty of science is that it is aware of its own limitations. Politics on the other hand works by spreading a message of hope, at times unencumbered by underlying facts, realities and limitations. No wonder science gets in the crosshairs of politics.

Of course, politics can help foster science, but for that to happen, politics must allow science to maintain a distance. Science can be the proverbial golden goose, but when politics tries to embrace it tight, politics runs the risk of smothering it to death. It is upon all of us–the body politic–to ensure that we do not allow the malevolence of political theater to prevail over the measured nature of science.

Pandey is a physician and a researcher. He is the author of Up Is The Curve–A genealogy of healthcare in the developing world. 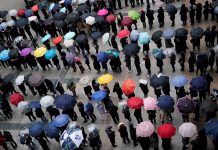 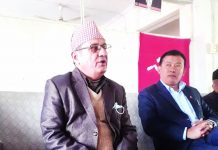