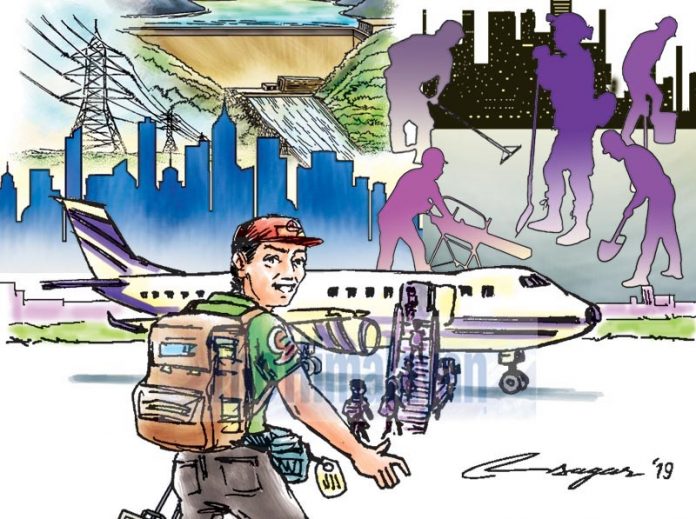 The number of permits issued by the Department of Foreign Employment (DoFE) is 5,955,051 till last fiscal year. Among the 110 officially open destinations, Gulf Cooperation Council, or GCC, (64%) countries, Malaysia (30%) and others (6%) have been hosting Nepali migrant workers. Nepali migrant workers sent home $8.1 billion in 2018, contributing around 32.1 % of GDP. As per the data presented by the Foreign Employment Information Management System (FEIMS) in 2018, 74.5% of the migrant workers are unskilled, 24% semiskilled and only 1.5% are skilled, which shows that unskilled Nepali workers are mostly employed in difficult, dirty and dangerous (3D) works. Consequently they are more prone to various forms of ill treatment in the countries where they have migrated.  COVID-19 has been amplifying those problems 10 times more.

As COVID-19 has been impacting the whole life of society, migrant workers are the most vulnerable group. They have been facing different problems in the destination countries. Problems include discrimination in treatment, inadequate quarantine facility, non-payment of salary, wage cut, layoff, job loss and being stranded. In this context the Supreme Court has issued an interim order to the government, which has initiated a debate at the political, migrant community, citizen and parliamentary level on how and when we can repatriate, compensate and reintegrate the stranded migrant workers abroad.

Nepal is a party to major human rights conventions, including the International Covenant on Civil and Political Rights (ICCPR) 1966. Article 12 of the ICCPR ensures that every one shall have freedom of movement. It includes leaving the country and returning to the country of origin. Article 16 of Nepal’s constitution also ensures freedom of movement. Article 67 of the International Convention on the Protection of the Rights of All Migrant Workers and Members of Their Families (ICMW) 1990 also ensures the right to return to the country of origin.  Section 75 of the Foreign Employment Act 2007 sets an obligation on the government to repatriate migrant workers affected by a pandemic or war. Section 33 of the act mentions that the repatriation cost should be borne from the Foreign Employment Welfare Fund.

According to the Ministry of Foreign Affairs (MoFA), 104,000 migrant workers need to be repatriated and 10,000-12,000 need to be immediately repatriated. Some 78 Nepalis have died and 5,581 Nepalis have been infected by COVID -19 in foreign countries. There are 245 COVID-19 cases in Nepal with no deaths, and 1,300 migrant workers are infected in different destination countries. As of now Nepali migrant workers who have been facing job-related problems and are stranded abroad are awaiting repatriation flights. There are some important issues related to repatriation of migrant workers. It includes preparation for repatriation, relief package, assessment of the situation of migrant workers in destination countries, procedure for repatriation, cost of repatriation, repatriation of dead bodies and access to justice. The government should immediately make an assessment of workers facing job-related problems, trafficked women, undocumented workers and stranded. After the assessment, the government should give priority to the vulnerable groups – pregnant women, women with children and undocumented workers for rescue and repatriation.

The government should immediately formulate a concrete work plan, develop the procedure, protocol, necessary quarantine facility, health equipment and personnel for health check up of returnee workers. There should be services like counseling, legal aid and post arrival orientation on health precaution after they return.  The government may think of establishing quarantine facilities in hotels, schools, colleges, party venues and open places. The federal government should establish workable coordination with the provincial and local government in the management of the workers.

Nepal has endorsed a popular compact called Global Compact on Migration.  Objective 21 of the Global Compact for Safe, Orderly and Regular Migration 2018 states that the state party shall facilitate the sustainable reintegration of returning migrants into community life by providing them with equal access to social protection and services, justice, psychosocial assistance, vocational training, employment opportunities and decent work.

The government should make an assessment of the labour market as this pandemic will reduce job opportunities in the destination countries, considering the fact that there was already a policy on job nationalisation before the pandemic. The International Organisation of Migration (IOM) estimates that remittance will reduce at the rate of 20%, which will have a great impact on an economy like ours. As suggested by the Migrant Forum in Asia (MFA), a leading human rights organisation, the country of origin should mobilise regional and international forums for a possible solution. As SAARC is committed to foreign safe migration, has adopted a Plan of Action on Labour Migration and established a SAARC Corona Fund, the Nepali government needs to show its leadership to address the pandemic.

For a long-term strategy on reducing the impact of the pandemic on Nepal’s economy, specifically to remittance and foreign employment, a multi-stakeholder’s taskforce should be created as the government alone cannot solve the migration problems. Civil society organisations along with their role of monitoring should assist the government in coping with this pandemic.

Luitel is an advocate

US loses one life every 33 seconds to COVID-19 in deadliest...

65-yr-old man dies in Bajura quarantine; cause of death yet to... 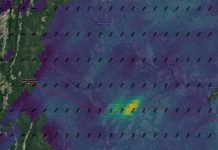 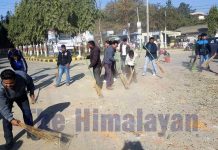 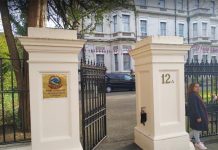