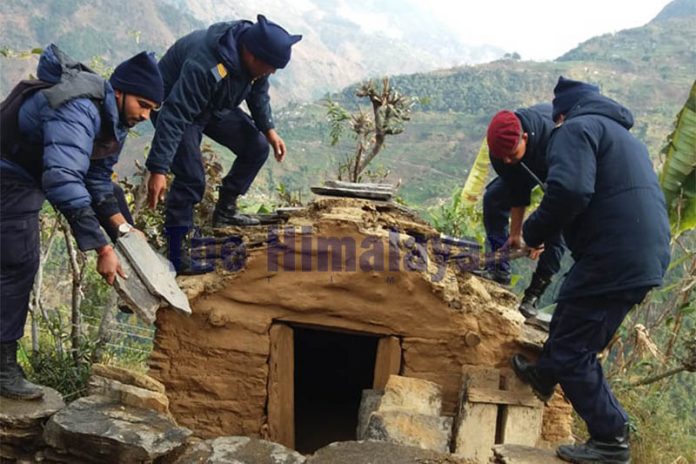 BAJURA: Police administration has intensified the campaign to demolish chhau sheds where women are banished during their periods, ancient social tradition still in practice, in the far-western region.

Even though chief at District Police Office, Bajura, Tanka Prasad Bhattarai tried to convince a local woman sitting inside one of such sheds about banning of the traditional practice by the government, the woman declined to come out.

As soon as police personnel started to demolish the shed, Kunwar took away all her belongings and shifted to the ground floor of her house.

“The shed has been destroyed, I cannot sit outside. Therefore, I shifted to the house as I do not have any other option,” Kunwar shared.

“We are compelled to sit outside as the society would not tolerate women sitting inside the house during mensuration,” Kunwar said, adding, “we do not have any alternative other than to sit inside the house as police have also warned to take action against those practising the tradition.”

As many as five chhau sheds were demolished today in Budhiganga Municipality in coordination with local representatives. A police team led by DPO Bajura Chief Tanka Prasad Bhattarai has been mobilised in the district to destroy sheds.

The campaign was launched with urgency in far-western districts of the country after a woman died inside a chhau shed in Achham district in early December. Numerous women have lost their lives in the region over the years while staying inside menstrual huts, commonly from suffocation, extreme weather conditions, and snake-bite. 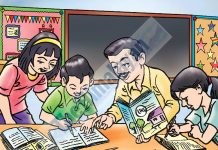 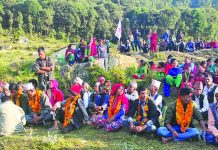 Political gatherings being held despite pandemic 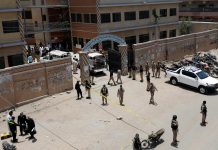 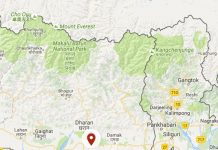