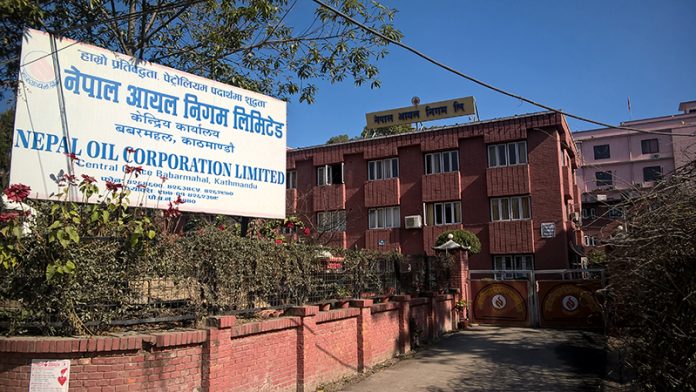 In a move that is likely to provide some relief to the coronavirus-hit market, the government today decided to slash the price of petrol, diesel and kerosene by Rs 10 per litre each, with effect from tomorrow.

Amid criticism that the government was not reviewing fuel price in line with the plummeting oil price in the global market, the board meeting of Nepal Oil Corporation today decided to slash fuel prices.

The NOC board also decided to slash the price of aviation turbine fuel by Rs 15 per litre.

With this revision, petrol will cost Rs 96 per litre in the retail market, diesel and kerosene Rs 85 per litre and ATF Rs 75 per litre.

This reduction in fuel price, however, will not provide immediate relief to consumers as the country is under lockdown with all transportation services and industries shut.

Meanwhile, the price of liquefied petroleum gas has not been reviewed.

NOC officials claimed that the revision in fuel price had been made in line with the global decline in oil price and the fuel rate for the first half of April sent by Indian Oil Corporation.

“We have slashed fuel price notably as oil price in the global market has come down significantly,” said Binit Mani Upadhyay, spokesperson for NOC.

In fact, global oil price is on a freefall. The crude oil price plunged to the lowest in 18 years ($20 per barrel) yesterday in the international market.

According to the automatic fuel pricing mechanism adopted by the government in 2015, NOC revises fuel prices if there is significant change in fuel rates of IOC. IOC forwards the fuel rates to NOC on the first and the 16th working day of the English calendar.

As the fuel pricing mechanism bars NOC’s management from reviewing fuel price by more than two rupees per litre, today’s revision was made by the NOC board.

Meanwhile, consumer rights activists said though the government’s decision to slash fuel prices was welcome, the revision was not made in line with the global decline in the price of fuel.

“The global oil price is as low as $20 per barrel, which is the lowest in almost two decades.

Had NOC reviewed fuel price in line with the global rate, fuel prices should have come down by more than Rs 30 per litre in the domestic market,” said Madhav Timalsina, president of Consumers’ Right Investigation Forum.

Currently, a price war is raging between two major producers — Saudi Arabia and Russia. This has led to a supply glut at a time when world economies are being hammered by business shutdowns and a halt in air travel due to the novel coronavirus.

Goldman Sachs recently predicted that the ongoing oil price war may cause prices to drop even below $20 per barrel.

Are we thinking about COVID-19 vaccines yet? 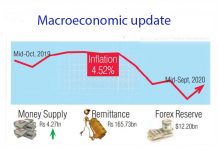 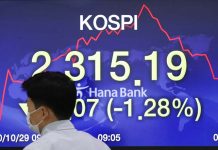 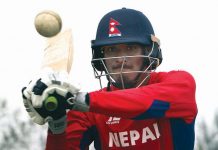