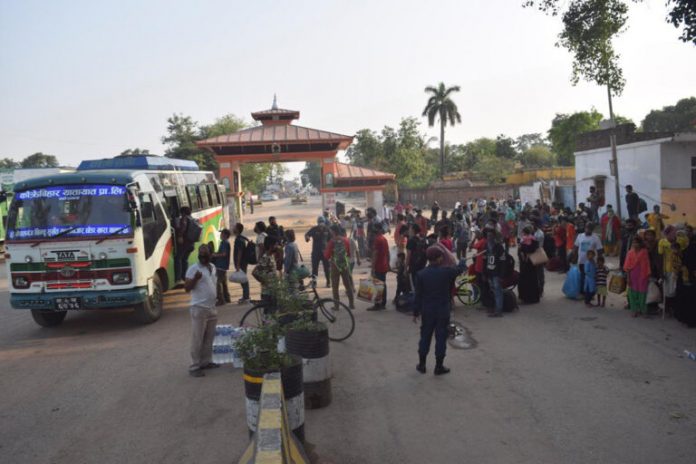 NEPALGUNJ: Over 10,000 Nepalis have entered the country from Jamunaha border point in Banke district amid nationwide lockdown imposed by the government to curb the spread of COVID-19.

A large number of migrant workers returning from India have been gathering at the border point with the easing of movement within India. In view of the increasing number of returnees, Armed Police Force along with Nepal Police have been deployed to handle the crowd. The recent surge of Nepalis returning to the country is due to the resumption of railway service in India.

Nepalis entering the country from Jamunaha border point in Banke, being sent to their respective destinations via bus, in Nepalgunj, on May 26, 2020. Photo: Tilak Gaunle/THT

Nepalis returning home has been continuously going on, informed Sub-Inspector Madhav Rijal at Area Police Office, Jamunaha. Authorities sent the India returnees to their home districts on 53 vehicles on Monday alone, he added.

Majority of Nepalis entering the country from Jamunaha point are from districts including Banke, Dang, Bardiya, Kailali, Kanchanpur, and districts of Karnali Province.

With the spread of coronavirus and lockdown in India, we lost jobs there and have no other option but to return home, said Ram Bahadur Sunar of Dailekh.

According to Kumar Bahadur Khadka, Chief District Officer of Banke, the district administration in coordination with the respective provincial government is making efforts to send the returnees to their homes.

We have been sending the returnees to the border of their respective province where they will be tested for coronavirus antibodies by the provincial government and processed accordingly, CDO Khadka added. 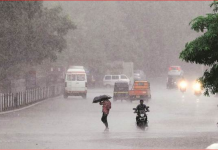 Nepal to Witness Another Wave of Monsoon Mayhem! 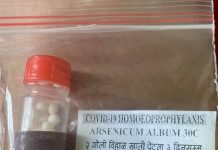 Alternative approaches to dealing with coronavirus 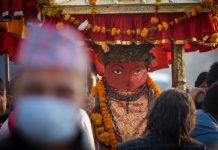