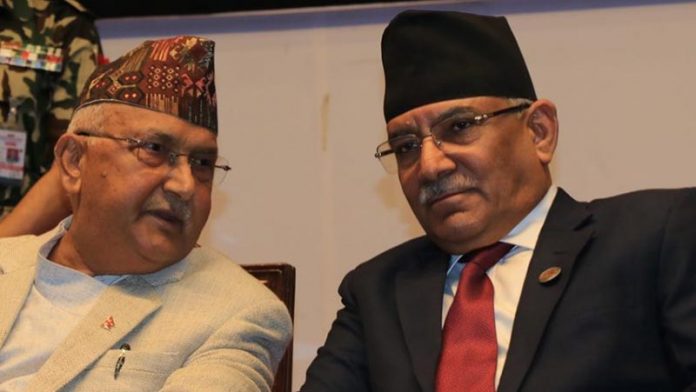 Ruling Nepal Communist Party (NCP) co-chairs KP Sharma Oli and Pushpa Kamal Dahal today met for more than two hours in Baluwatar to discuss candidates for the post of speaker of the House of Representatives, but they could not agree on a specific candidate.

Prime Minister Oli’s Press Adviser Surya Thapa said the two leaders met for two-and-a-half hours to discuss candidates for speaker election, but Thapa did not reveal details of what actually transpired in the meeting. He said it was the continuation of yesterday’s meeting between the two leaders.

According to sources, the two leaders agreed to move ahead in line with the spirit of unification of the then CPN-UML and CPN-MC to form the NCP. This means, chances are higher that the new speaker will be elected from among lawmakers representing former CPN-MC, said the source.

“It is likely that the former CPN-MC will get the speaker’s post. However, the candidate has yet to be finalised,” the source said.

Dahal and Oli have been at odds for the past few weeks over speaker election, with both the leaders projecting their own favourites for the post. While Oli is backing former speaker Subas Chandra Nembang, Dahal is under pressure not to give up the speaker’s post allocated to the then CPN-MC during the unification. Dahal is in favour of either Pampha Bhusal or Agni Sapkota.

Moreover, Deputy Speaker Shiva Maya Tumbahangphe has also staked her claim to the post. Last Saturday, the NCP secretariat had asked Tumbahangphe to resign, but she refused to put in her papers. She has said she will resign after the party finalises the candidate.

Of late, Dahal has projected Haribol Gajurel for the post that fell vacant with the arrest of Krishna Bahadur Mahara on the charge of attempt to rape in October. However, Gajurel told THT that the party had not discussed any such thing with him. “I too came to know about it through media reports. The party has not communicated to me any such thing. Let’s see what the party decides,” he said.

Oli-Dahal stand-off has led to the HoR meeting being postponed thrice this Bill Session, inviting wide criticism and condemnation from opposition parties and civil society members. The next House meeting has been slated for January 20.

Taiwan says not invited to WHO meeting after China’s ‘obstruction’ 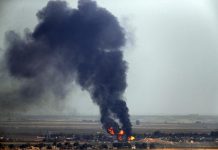 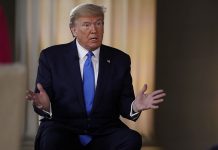 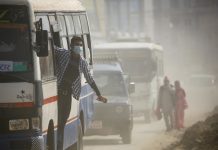 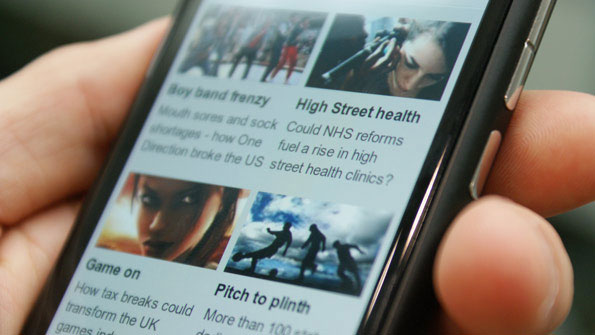