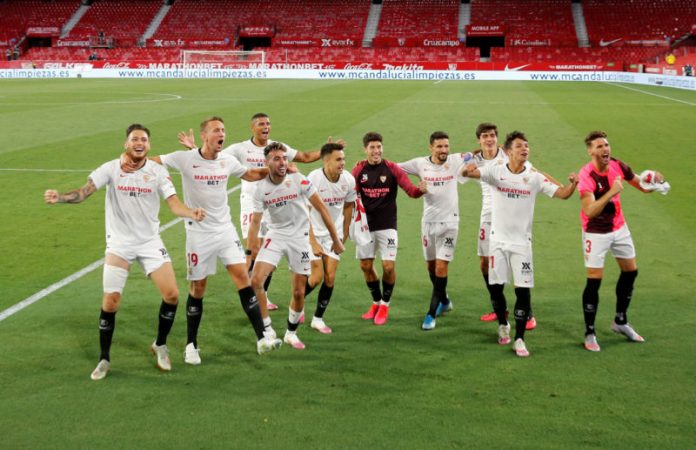 SEVILLE: La Liga returned after a three-month hiatus due to the COVID-19 pandemic as Sevilla beat city rivals Real Betis 2-0 on Thursday with the help of a controversial penalty and a touch of class from Argentine winger Lucas Ocampos.

Sevilla players celebrate after the match during the La Liga Santander match between Sevilla and Real Betis, at Ramon Sanchez Pizjuan, in Seville, Spain, on June 11, 2020. Photo: Reuters

Ocampos struck the post in the first half before giving Sevilla a deserved lead from the spot in the 56th minute after Betis’ Marc Bartra was harshly judged to have fouled Luuk de Jong.

Julen Lopetegui’s side are in third place in the standings with 50 points after 28 games while Betis were left in 12th on 33.

Sevilla dominated the derby in an empty and eerily quiet Sanchez Pizjuan which would usually be teeming with colour and noise for the occasion, but the red seats were left bare as fans were barred from attending for safety reasons.

Television broadcasts sought to re-create the experience of a normal match with fans by using simulated crowd noise and images, while Ocampos still saluted the stand behind the goal after breaking the deadlock from the penalty spot.

“I had never played a derby here before and even though the fans are not here I still wanted to honour them and make it feel like they were and show that we are working hard for them,” the Argentine said.

Sevilla had been outplaying their neighbours before Bartra was penalised for his challenge on De Jong although the former Barcelona defender was still furious with the decision.

“The penalty was incredible, I was in a position to out-jump De Jong and he jumped into my arms, the Sevilla players weren’t even expecting a penalty,” Bartra said.

“If football is a contact sport you cannot give a penalty for that.”

Betis coach Rubi added: “The way we conceded the first goal was difficult to swallow but in general they were better than us.”

Blood bank in Bajura operational only on paper 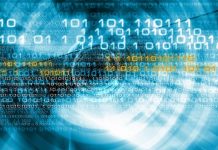 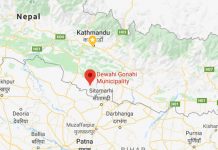 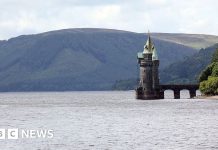 Water: Should Wales sell to England amid heatwave droughts?