The National Human Rights Commission has sent its own team to Jajarkot and Rukum West to probe the Soti incident where five people died and one went missing over an inter-caste marriage dispute.

The NHRC, issuing a press statement today, said the team would be led by Deputy Director Chandrakanta Chapagain. It added that the team would investigate the immediate reason behind the incident, state of caste discrimination in the area and the state of peace and security after the incident.

The rights watchdog has also said it will study the police and local government’s investigation of the case.

The constitutional body also urged all to not to instigate inhumane and criminal activities. It has asked the police, local representatives, political parties, human rights activities, civil society, and locals to support and help the investigation to instil justice and punish the guilty in the incident.

On May 23, Nawaraj Biswokarma, 21, of Bheri Municipality, Jajarkot, along with his 18 friends, had gone to Soti village to escort a girl from the ‘Malla’ clan — the so called higher caste. The group, however, was confronted by the locals in Soti village, including ward chair Dambar Bahadur Malla and the girl’s family at 6:30pm that day. The boys were reportedly ‘beaten mercilessly’ and chased towards the Bheri River ‘forcing’ them to jump into it. Of the six youths, the bodies of five, including Nawaraj, were recovered in the past one week while one is still missing.

Meanwhile, a group of people led by leader of Janata Samajbadi Party-Nepal and former prime minister Baburam Bhattarai staged a protest against the incident here in the capital today.

Nationwide protest were organised across the country on the ground that the incident was instigated on the basis of caste discrimination.

The incident has also drawn the attention of international communities.

A version of this article appears in e-paper on June 01, 2020 of The Himalayan Times.

‘In the mouth of dragons’: Melting glaciers threaten Pakistan’s north 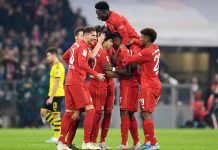 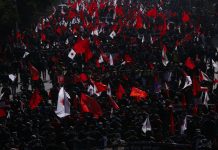 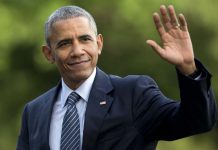 Barack Obama memoir off to record-setting start in sales