The Ministry of Urban Development and Kathmandu Metropolitan City have expedited their efforts to complete the construction of a sanitary landfill site at Bancharedanda on the border of Nuwakot and Dhading districts by the end of this fiscal.

The authorities said the under-construction landfill site could be brought into operation within June for sustainable management of waste produced in Kathmandu valley after MoUD Secretary Madhusudan Adhikari and KMC Chief Administrative Officer Ek Narayan Aryal carried out an onsite inspection of the project to take stock of the progress yesterday.

Secretary Adhikari said the government would start disposing of waste at Bancharedanda-based landfill site with effect from June and the construction was underway to meet the target. “We have instructed the contractor to hand over the new landfill site within the stipulated time,” he said.

The under-construction project spreads over 1,792 ropani land acquired by the government. The government had started disposing of waste produced from valley at Sisdole since 5 June 2005.

After the holding capacity of Sisdole landfill site reached saturation point, the government managed the valley-produced waste at Aletar of the same district.

After Aletar landfill site reached its full capacity, the authorities expanded the capacity of Sisdole landfill site. According to KMC, it is highly critical to carry out systematic development of the landfill site to address the problem of waste management plaguing the valley for decades.

The valley produces an average of 1,045 metric tonne garbage daily. Kathmandu alone produces daily waste of 516 metric tonnes. Waste generated in 18 municipalities of the valley except Bhaktapur are disposed of in Sisdole landfill site.

If Bancharedanda-based landfill site is not completed within the stipulated time, the valley will not find a place to dispose of its waste. The under-construction landfill site is expected to hold waste for at least 20 years after its completion.

Bodies of two missing in Annapurna avalanche found after three and...

Coronavirus: Social gatherings above six banned in England from 14 September 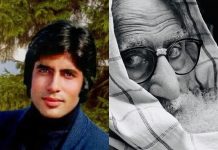