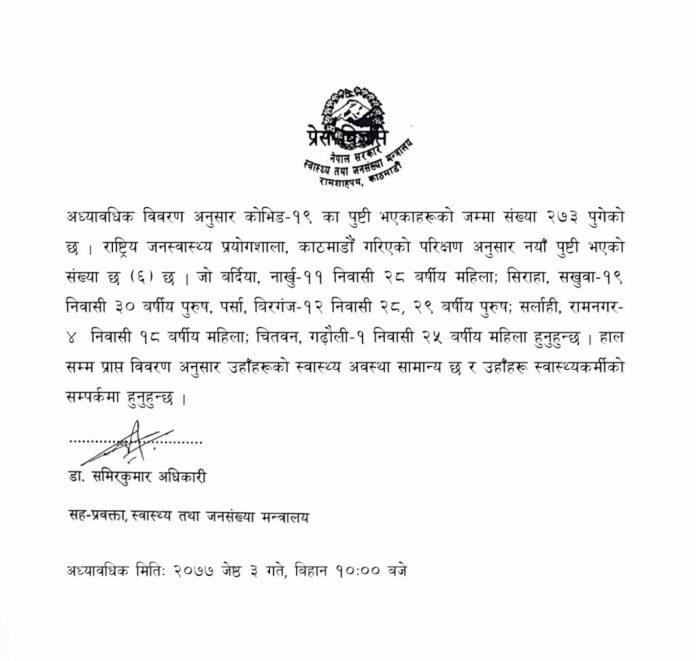 KATHMANDU: Six new cases of Covid-19 have been confirmed by the Ministry of Health and Population taking the national tally to 273.

The infections were confirmed through tests conducted at National Public Health Laboratory in Kathmandu.

As per current information, the infected persons have been reported in normal health and have come in contact with health personnel. 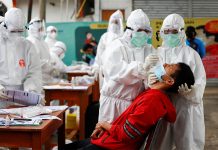 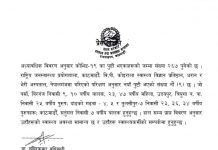 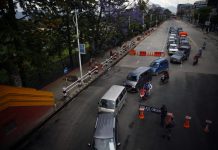