The government has finally decided to start evacuating vulnerable Nepalis, including migrant workers who have been stranded in countries other than India.

A meeting of the High-Level Coordination Committee for the Prevention and Control of COVID-19 today passed the working guideline on rescuing vulnerable Nepalis and decided to start bringing such citizens on priority basis as soon as possible, Narayan Prasad Bidari, member secretary of the committee, told THT.

“An action matrix on how to bring home stranded Nepalis from foreign countries was prepared and passed by the committee today and a decision was taken to soon start evacuating them,” added Bidari.

As per the guideline, the Ministry of Foreign Affairs will collect details of the vulnerable Nepalis stranded abroad through Nepal’s embassies and missions in different nations within 10 days. Thereafter, the government will start evacuating them on priority basis.

Meanwhile, Canberra-based Nepal’s Embassy in Australia has started registration of stranded Nepalis in the country. However, the embassy said returnee Nepalis should bear the flight and quarantine cost on their own and submit documents that prove they are not infected with coronavirus.

The government plans to evacuate 25,000 vulnerable Nepalis stranded in foreign lands in the first phase, which is likely to begin in the third week of June.

As per the working guideline, returnee Nepalis will be kept in quarantine in Kathmandu for two weeks. After that, they will be sent to their respective hometowns under supervision of the provincial and local governments.

Top priority will be given to evacuate Nepalis stranded abroad who are most vulnerable. They include: 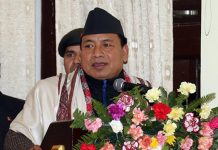 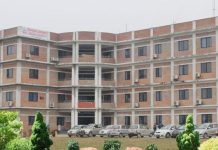