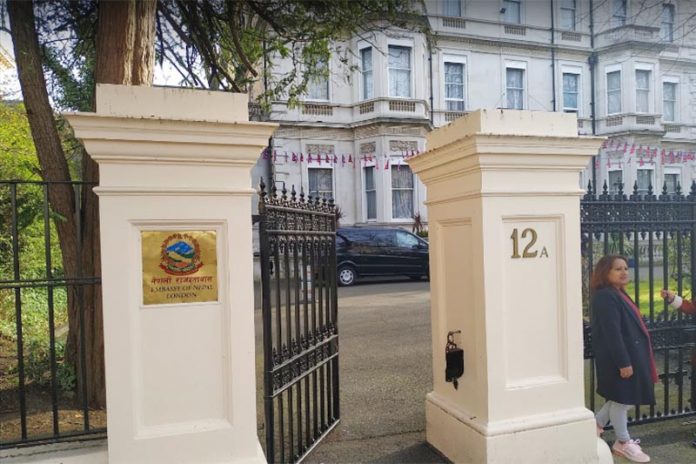 LONDON: The Nepali Embassy in the United Kingdom has rescued a Nepali migrant worker who was working as a helper at a residential house.

The worker was rescued after he was forcibly thrown out of the house he was working in.

FILE – The entrance of the Embassy of Nepal in London, the United Kingdom, in February 2019. Photo Courtesy: Surath Giri

According to Spokesperson at the Embassy, Sharad Raj Aran, the worker was found stranded at the park and is now kept at a house of a Nepali businessperson.

Aran added that his visa had expired and is extended until July 31 in view of the COVID-19 outbreak. He will be sent back to Nepal after the resumption of international flights to Nepal, the Embassy said. 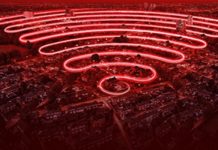 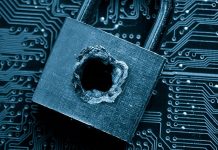 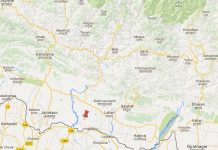 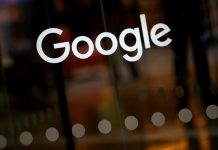 Swarms of locusts arrive in Kathmandu