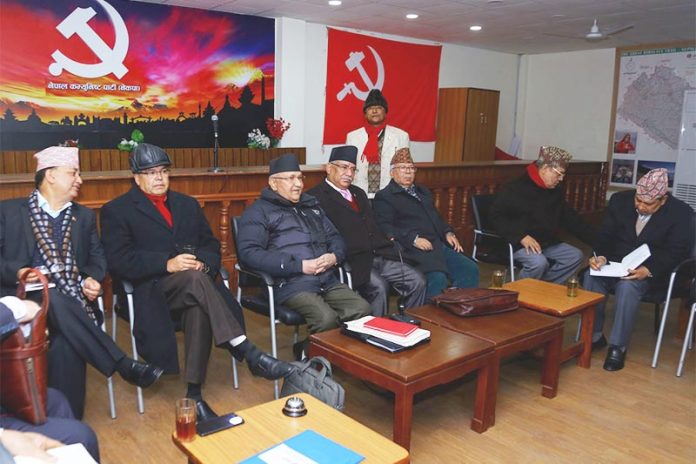 The rival faction of the NCP has demanded that the PM resign. Some other leaders, including senior leader Jhalanath Khanal, have asked the PM to quit both posts of prime minister and party co-chair. The PM has, however, refused to quit.

According to Standing Committee member Haribol Gajurel, the stalemate continues with both Oli and Dahal sticking to their guns. Dahal told Oli yesterday that despite the agreement between them on leading the government by turns, he had given Oli the full five-year term, but Oli failed to run the country well and there was growing frustration in the party, according to Gajurel.

Apart from holding one-on-one negotiations, Oli and Dahal are also talking through their confidants to find a middle path. NCP leaders have to consider the possibility that any attempt by the Dahal-Nepal faction to unseat the PM could lead to a vertical split of the party along with consequences not only at the central level but also the provincial and local levels. “A vertical split amid the coronavirus pandemic could invite political instability, which could reverse all the hard earned political changes,” Gajurel said.

According to Gajurel, even if the two patched up, the PM must reform his style of functioning. “Party leaders are concerned that unless the top leaders change their working style, the problem of governance could resurface,” he added. Gajurel said the party was also thinking of having in place a robust disciplinary mechanism to ensure that party leaders were bound by rules.

Another Standing Committee member told THT that the PM’s decision to bring ordinance to allow party dissidents to split their parties with the support of either 40 per cent members of the Central Committee or the Parliamentary Party, his recent India bashing remarks that attempted to portray other leaders of the party as less nationalist and his decision to abruptly prorogue the budget session of the Parliament had riled rival faction leaders.

When the party unity process is still on, how can Dahal decide to oust Oli? Nembang said, adding that one chairperson’s decision to sack another could scuttle party unity.

“As far as the post of prime minister is concerned, our party had given the slogan of political stability. If PM Oli, who was elected for five years, is removed before five years, wont’ that go against the party’s poll plank? What will the party tell the people then?”

Meanwhile, Oli and Dahal were busy meeting their faction leaders.

PM Oli also met President Bidhya Devi Bhandari and later, his Cabinet colleagues. When asked what the PM discussed with the president today, PM’s personal aide Bhesh Raj Adhikari only said that it was a regular meeting. 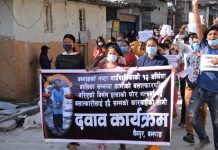