Opening the Build 2020 virtual conference, Microsoft CEO Satya Nadella said: “While this year feels different, coming together as a community is more important than ever. There are tens of thousands of you tuned in from dozens of countries around the world, and it’s fantastic to see.”

Nadella praised the IT industry for rising to the challenges presented by the Covid-19 coronavirus lockdown. “Our industry has been called upon to help address the world’s most acute needs through this crisis,” he said, “and I’m proud of how all of you have raised the game and been there when the world needed you the most, serving as those digital first responders to the first responders out there for whom we are very thankful.”

IT has made it possible for businesses to change very rapidly during the pandemic, he added. “Every organisation will increasingly need the ability at a moment’s notice to remote everything, from manufacturing to sales to customer support. They will also need the ability to simulate anything, from how the immune system responds to a virus, to how a fault in a wind turbine can impact our power supply. And they will need to be able to automate everywhere to enable faster, more agile response, from triage in healthcare to the maintenance in smart buildings to kerbside pick-up in retail.

“I think this opportunity is what grounds us in our mission at Microsoft to empower every person and organisation on the planet to achieve more.”

Build is a conference for software developers, and Microsoft used the virtual event to outline its software development tools roadmap. To help unify app development across one billion Windows 10 devices, Microsoft announced Project Reunion, its vision for evolving the Windows developer platform to make it easier to integrate across Win32 and Universal Windows Platform (UWP) application programming interfaces (APIs) on Windows 10 platforms.

Microsoft also said it was investing in bringing low-code robotic process automation (RPA) technology to its Power Automate toolset with the acquisition of Softomotive, a provider of low-code, easy-to-use RPA development environments.

“Softomotive’s technology will complement UI [user interface] flows to streamline how our customers get work done,” Microsoft stated in a blog post.

The company unveiled a number of tools to build out its AI strategy and announced what it claimed to be the world’s most powerful AI supercomputers built in Azure.

And with the explosion of remote working, Microsoft used Build 2020 to unveil an extension to its Teams platform, giving developers the ability to build and publish Teams apps from Visual Studio and Visual Studio Code. The extensions also enable IT administrators to evaluate and deploy line-of-business and commercial applications for their users in Teams and offer new ways for people to discover new apps in Teams.

Commenting on the Teams platform, Nick McQuire, head of enterprise and AI research at CCS Insight, said: “The market focus to date has been mainly as a meetings platform, but what we’re now seeing is Microsoft encouraging customers to think of it as a development platform as well.

“The Redmond company has been racing to integrate pieces across its portfolio over the past year, including its professional and low-code development tools, as well as its business applications. This integration remains a major area of investment for Microsoft because it brings Teams deeper into business processes as a principal source of differentiation against high-flying rivals like Google, Slack and Zoom.

“Microsoft will have to be careful, however, not to lose sight of the need for simplicity and usability as it expands in these areas. The user experience will remain the crucial piece that will dictate whether Microsoft will fulfil its ambitions in team productivity.”

People for their land in Khokana 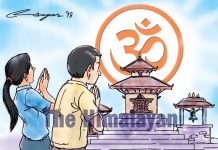 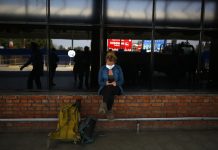 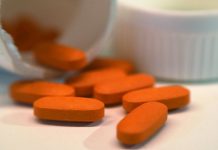