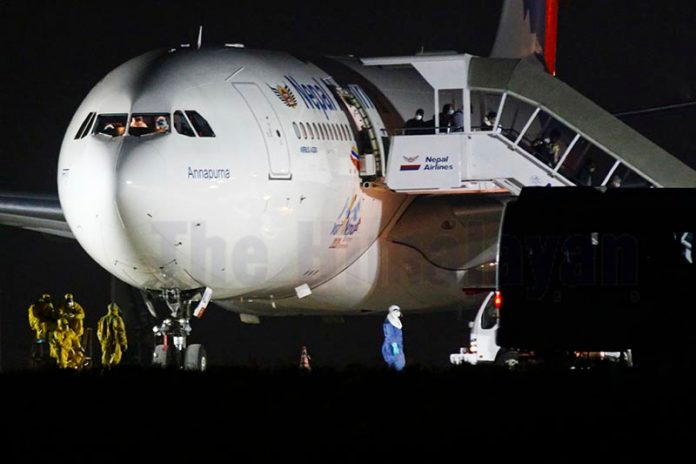 On Monday night, NAC conducted three back-to-back flights with just one-hour gap at 9:00pm, 10:00pm and 11:00pm to repatriate Hong Kong nationals, including those of Nepali origin, who had been stranded in the country due to the lockdown.

According to NAC, two narrow-body and one wide-body aircraft departed for Hong Kong carrying a total of 582 passengers from Tribhuvan International Airport. It has been reported that this is the first time ever that NAC has conducted flights carrying such a large number of passengers to the same destination on the same day.

As per NAC, the Non-Resident Nepali Association of Hong Kong had made arrangements for the flights to repatriate Hong Kong nationals of Nepali origin.

NAC Spokesperson Archana Khadka further informed that NAC will be again flying to Hong Kong on June 3, 4 and 5. Likewise, on June 7, it will fly to Japan, while on June 8 the national flag carrier will operate a flight to Australia.

“Since the lockdown began, we have so far conducted a total of 22 international and 11 domestic flights,” she said.

“On the basis of request of respective embassies, the government and concerned authorities, we are conducting international and domestic flights on special conditions.

In the coming days we will be conducting more flights based on the requirement of concerned authorities,” Khadka added.

The government had imposed nationwide lockdown on March 24 to fight against the COVID-19. Since then NAC has been busy operating chartered flights.

A version of this article appears in e-paper on June 3, 2020, of The Himalayan Times. 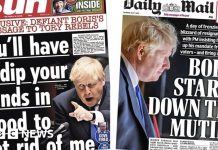 Newspaper headlines: Johnson ‘fights for life’ and ‘stares down mutiny’ 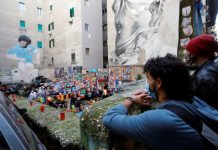 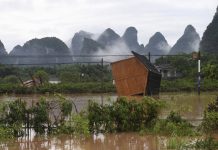 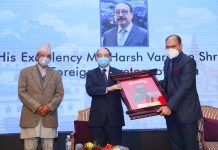