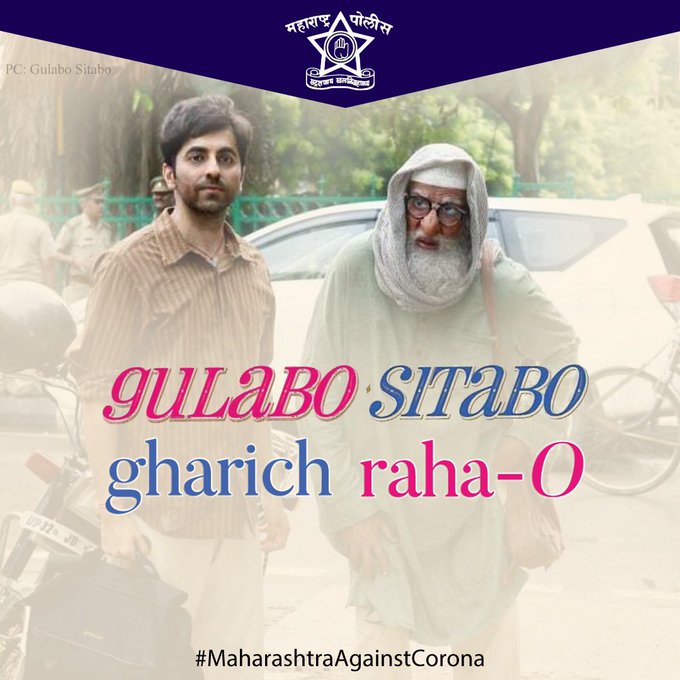 MUMBAI: Bollywood actor Ayushmann Khurrana has replied to the COVID-19 meme inspired by his upcoming film, Gulabo Sitabo, which has been shared by Mumbai Police.

Mumbai Police on their official account tweeted a still from the film, featuring Ayushamann with his co-star Amitabh Bachchan.

The caption, in Marathi, read: “Home is yours, land is yours, choice is yours, but for going out, permission is ours, for your safety. The safest place to stay away from Coronavirus is your haveli. Do not go out without any reason. Stay safe”
Ayushmann replied to the tweet: “Agdi barobar @DGPMaharashtra Police Gharat Surakshik, baher sadhya nahi (absolutely true Maharashtra Police, home/staying indoors is safe, outside isn’t).”

This is not the first time Mumbai Police has used a reference from a Bollywood film to create awareness. Previously they have tweeted with stills and dialogues from films like Main Hoon Naand Stree among many others.

In Gulabo Sitabo, Amitabh Bachchan is seen as Mirza, the landlord of an old depleted haveli (mansion) in the heart of Lucknow, named Fatima Mahal, while Khurrana is his shrewd tenant, Baankey. A song from the film Jootam Phenk sung by actor Piyush Mishra was released on May 27. The movie will premiere worldwide on June 12 on Amazon Prime Video. 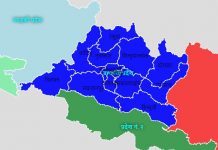 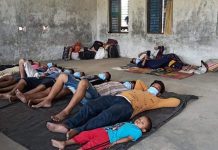 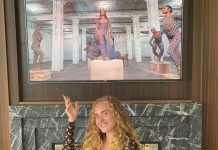