Though the government has introduced different measures that are intended to provide relief to businesses affected by the COVID-19 pandemic, the plight of the medial industry — which is among the most-hit sectors today — has been overlooked.

Sadly, the government is not even assessing the impact of the COVID-19 pandemic on the media industry as a result of which media houses, including the publishers of mainstream media are struggling to sustain and revive from the turbulence of the coronavirus.

Due to the months-long lockdown, which directly affected the revenue of media houses, not only are media businesses at risk but thousands of journalists who are working in media organisations are on the verge of losing their jobs and have not been getting their salaries since more than three months.

Subha Shankar Kandel, president of Nepal Media Society, said that the government’s plans, policies and programmes targeting the COVID-19 and its impact and the budget for the next fiscal year have completely ignored the concerns of the media sector.

“We had submitted different recommendations for the budget to the finance minister.

But nothing was incorporated,” he informed, adding that the government was mum when asked on why their concerns were not addressed in the budget.

As per Kandel, the government should first value the media sector as an industry and keep it under its priority list.

“This is necessary to ensure access of the media sector to different refinancing facilities of the government,” he added.

Likewise, Kandel also said that the government should ensure soft loan facility for the media sector for at least next two years.

Despite such plight, the Ministry of Communications and Information Technology (MoCIT) has no plans to provide any relief to the media sector. In fact, the ministry is not even in a mood to carry out any impact assessment of COVID-19 on the sector.

“Every sector and industry has become victim to the current crisis. As of now, we do not have any plans to carry out any impact assessment in the media sector,” said Rishi Ram Tiwari, spokesperson for MoCIT.

Though Tiwari said that the Press Council might have been carrying out some assessment on the damage caused by the COVID-19 on the media sector, officials of the council, including its President Kishor Shrestha did not receive multiple calls made by The Himalayan Times to gather information about the assessment. 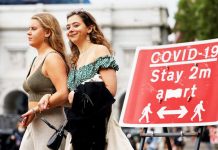 When could social distancing end? 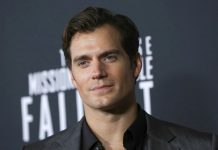