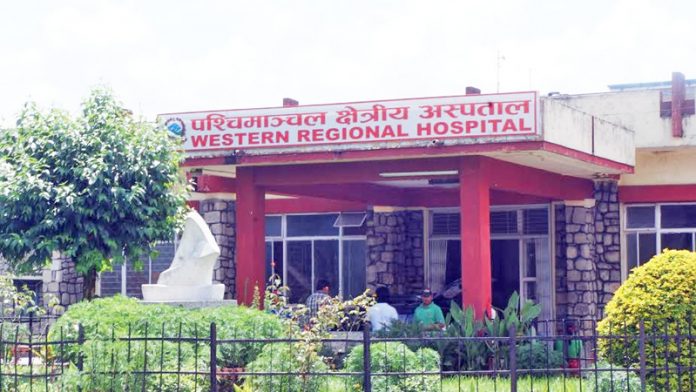 A youth, who had returned from India recently, jumped off the roof of a three-storey building on seeing police and locals coming to his rented room to take him to a quarantine facility, in Pokhara today. Miraculously, he escaped with minor injuries, but was taken to the quarantine centre.

Abhishek Basnet, 23, living in Indrapuri tole of Pokhara, jumped from the building this afternoon and escaped with minor injuries to his right leg, said Kaski police Spokesperson Narahari Adhikari.

Following his treatment at Western Regional Hospital, Pokhara, Basnet was placed in quarantine at a facility in Jalparoad, Pokhara, said Kaski police. His nasal and throat swabs have already been sent for COVID-19 test. Basnet had returned to Pokhara from India this morning. It was at the initiative of the local representative, who insisted that he be quarantined, that police came to his rented house.

Though the Nepal-India border has been sealed for more than a month, Basnet claimed he entered Nepal via Gorakhpur and reached Pokhara after boarding a vehicle ferrying vegetables at Mugling. He was working in Karnataka and had left for Nepal 12 days ago. He hitch-hiked and walked his way to reach the Nepal border after he lost his job due to the prolonged lockdown in India.

Though originally from Solukhumbu, Basnet came to Pokhara as his parents have been living in a rented apartment in Nagdhunga. He had gone to work in Karnataka only three months ago.

Inspector Narahari Adhikari said police were trying to find out how Basnet entered Nepal despite the border being sealed. “We are investigating his travel history,” added Adhikari. Locals had reported to police and Pokhara Ward No 8 Chair Rudranath Baral about Basnet. It was on seeing Baral, along with police, that Basnet jumped off the three-storey building. “We’ll allow him to go home only if he tests negative for COVID-19,” said Baral. 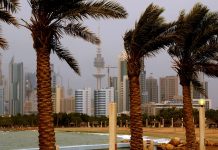 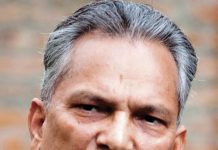 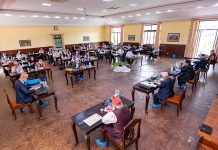