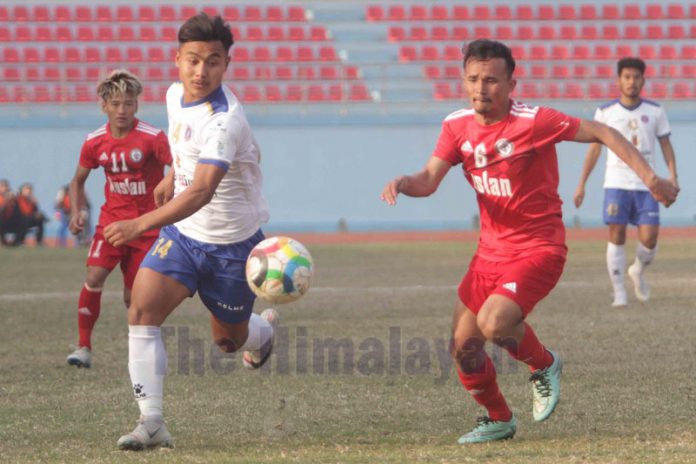 Rejin Subba and Bishal Rai (B) scored on either half to seal the victory for Machhindra, who moved to the top of the table with 19 points from nine matches, replacing Tribhuvan Army Club, who have 17 points from eight matches.

The defeat was a severe blow for Three Star’s title chase as they slipped to fifth position with 14 points, behind Nepal Police Club on inferior goal difference after the departmental side edged past Nepal APF Club 1-0 in another match of the day. Defending champions NOC Manang Marshyangdi Club are at the third place with 16 points from eight matches.

In a high-voltage match, Subba opened the scoring in the 37th minute when he slammed home from close range following the accurate pass from Sujal Shrestha, who capitalised on miscommunication between Three Star goalkeeper Guillaume Yves Priso Njanga and defenders in Ranjit Dhimal’s free kick.

Bikram Lama rescued Three Star from further loss three minutes later after he made a goalline clearance to deny Devendra Tamang at a time when goalkeeper Njanga was well beaten. In the only notable move from the Three Star, Sanjog Rai came close to levelling the scores in the 80th minute but Machhindra’s Peter Segun was able to stop his header from goalline. Machhindra doubled the lead in the 90th minute when Bishal Rai (B) scored from close after Three Star defender Ananta Tamang failed to clear the weak shot from Somide Oluwawunmi.

In an early kick off, NPC prevailed over APF in a departmental derby. Bharat Shah scored the solitary goal of the match from the spot in the 12th minute. APF paid the heavy price for the softest of the fouls by Rajan Gurung on Shah as referee Prakash Nath Shrestha pointed to the spot despite NPC players not even appealing for a penalty. Shah converted the penalty for his second goal of the league.

With the win, NPC moved to fourth position with 14 points, while APF are in danger zone as they have just five points from nine matches. 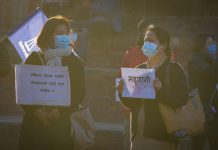 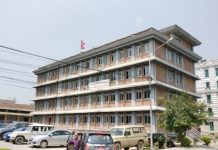 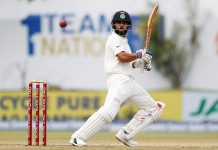 Warner should have gone after my world record, says Lara