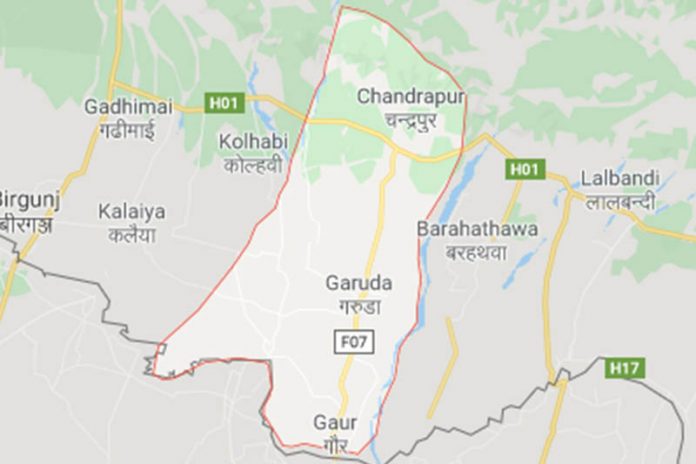 RAUTAHAT: Locals of Jokaha in Ishanath Municipality-6 clashed with police after the authorities attempted to transfer two COVID-19 patients from a local quarantine facility to an isolation ward in Garuda of the district. Two persons at Jokaha Madarsha were tested positive for the novel coronavirus.

The locals, demanding the authorities to provide treatment to the duo in the locality, picketed the transfer team which included health workers, at around 10:00 am today, while they were transferring the infected to an isolation facility at Police School in Basbiti Jigadiya for treatment.

After locals damaged the ambulance belonging to City Hospital, which had gone there to ferry the infected the earlier night, a team from Nepal Police and Armed Police Force went there to transport the patients.

However, they were surrounded by the locals at ward office, informed Superintendent of Police (SP) Rabiraj Khadka at District Police Office, Rautahat. SP Khadka added that the security team had to fire 13 rounds of blank shots to bring the situation under control.

Large numbers of personnel from Nepal Police and APF have been deployed at the incident site and is attempting to transport the infected into the isolation, SP Khadka further added.

Meanwhile, a search is on for the individuals involved in the attack, he added.

Divorce, rape cases on the rise in Udaypur 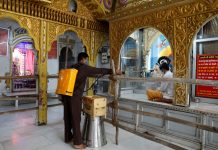 Worshippers in masks return to temples as India reopens amid rising... 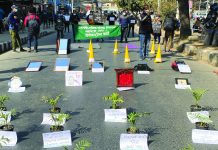 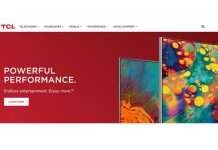 Cinema halls all set to resume service with safety measures