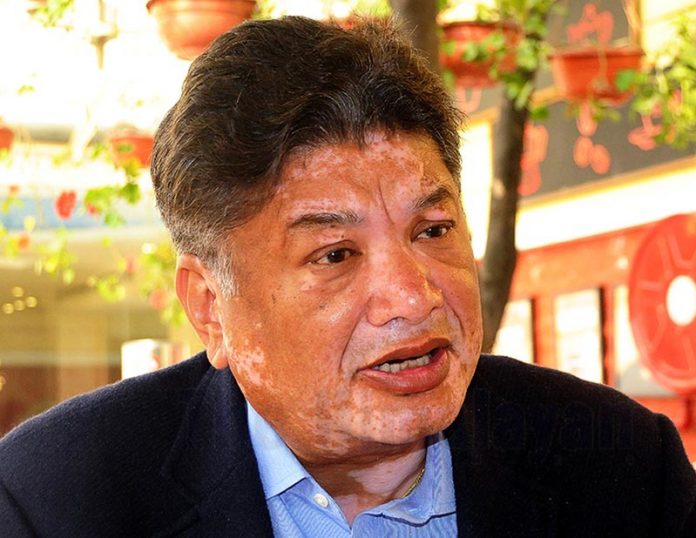 The country’s tourism sector has been badly affected by the coronavirus outbreak. The occupancy rate of hotels has drastically dropped to less than 15 per cent and almost all bookings for the spring season have been cancelled. While the government has already halted issuing on-arrival visas, it has also suspended expeditions for this spring season. Amid this, the private sector is seeking support from the government to recover their losses. Sujan Dhungana and Arpana Ale Magar of The Himalayan Times caught up with tourism entrepreneurs Sunil Shakya and Shreejana Rana to talk about the impact of the virus on the tourism industry and measures that need to be adopted for the tourism fraternity to recover. Excerpts:

How has the coronavirus outbreak affected the country’s tourism sector?

The virus has not only affected Nepal but the entire global tourism sector at the moment. At the moment the only thing that we can do is deal with the situation as it develops. Globally and regionally, all the sectors, including airline companies and other manufacturing industries have been grossly affected. And it is a given fact that whenever there is any global problem, the first sector to be affected is the tourism industry. Most countries have restricted travel, many airports have been locked down and international borders are being closed. Due to this prevailing situation, the hotel industry in Nepal has been severely hit as bookings have been cancelled and the occupancy rate at the moment is a mere 10 per cent. People are scared to travel. Subsequently, the investments made by several hotels, especially with the Visit Nepal 2020 campaign in their plans, are at risk now. Our business has come down heavily and there is no hope for this spring season. We can just cross our fingers and hope things will be better in the next season if the virus is contained globally by June or July.

What can the government and private sector do to overcome this problem?

The major need today is awareness. As this is a health-based issue, we have to make people aware about coronavirus. At this moment we have to adopt a saying, ‘prevention is better than cure’. As the virus is related with sanitation and hygiene, both the government and private sector have to make sure that the people involved in this industry are aware about the disease. Different training and awareness programmes must be conducted to make people aware so that the service providers can provide their services responsibly. And, of course, preparations must be made well in advance for the industry to recover after the situation settles down.

If the virus in contained globally by June or July as you expect, how do you think can the industry recover its loss?

It is a very big challenge for both government and private sector. We do have many examples in our history of tourism sector being able to recover quickly from such incidents like after the decade-long Maoist insurgency and the devastating earthquake. However, the two incidents I just mentioned were local issues. Right now, it is a situation of a global pandemic. We have to realise that it is not only Nepal but the entire world that has been hit by the coronavirus and people are terrified to travel as it concerns their health. It is very difficult to give a specific answer to this question right now, as nobody knows how long the situation is going to prevail. However, we can think of promoting domestic tourism. Over the last couple of years, Nepalis have developed a penchant for travelling, so we can tap this trend for the recovery of the tourism sector. But having said that, we must be careful about taking the necessary precautionary measures.

Private sector is seeking government’s support to bring tour packages to promote domestic tourism. What is your take on this?

That definitely can be an option for us to promote our tourism sector. We could introduce packages that offer short trips to encourage domestic travel. One good idea could be offering trips for families that are located away from congested areas and we could provide special discounted rates for such packages. However, the government has to play a significant role to promote domestic tourism. If the government can take the initiative to mobilise civil servants, the domestic tourism sector can provide some relief to all stakeholders involved in tourism. There is a large number of civil servants in our country and if they could get paid leave to travel then that can help promote domestic tourism.

‘Payment of taxes, loans should be made flexible’

What is your analysis of the impact of coronavirus in the country’s hospitality industry?

The impact of the coronavirus in the hotel industry and the entire tourism sector is so dreadful that each and every hotelier is extremely worried. The occupancy rate in hotels has come down to less than 15 per cent while some hotels do not have even five per cent occupancy. The fact is that no hotel can run if occupancy is below 40 per cent. So, the current situation of hotels and the entire hospitality industry is really scary. As hotels do not have customers, they are fighting to sustain. The only thing we can do now is lobby with the government. It’s a global emergency situation as the world economy has been badly hit by the spread of the coronavirus.

So, how are hoteliers coping with the situation?

In this critical phase, the government should coordinate with the private sector and help ensure the sustainability of businesses. The major concern for hoteliers today is regarding staffers. As there is no business, hotels are finding it difficult to pay their employees. Hence, more and more hotels are asking their employees to take leave. However, this is not the solution as hotels should also think from the perspective of the workers. We have heard that some airline companies have announced they will pay only 25 per cent of the monthly salary to their staff and have asked a majority of the workers to stay on leave. If the situation worsens further, even hoteliers will have to adopt such a model. The hotel industry has investments worth billions. Hoteliers have taken large amounts of loans and are paying huge interest rate to banks. However, as the business is completely down, hoteliers are facing trouble in clearing loans.

As I mentioned earlier, the primary problem that hoteliers are facing is regarding loan payments to banks. In such a crisis, the government should make payment of loans to banks flexible. The electricity charge for hotels is the same that is applied for households. The government should charge industrial rate of electricity for hotels. HAN is preparing a wishlist to be submitted to the government. We are planning to hold the next meeting with the finance minister soon where we will present our wishlist and recommend different measures to cope with the current situation. On top of that, it is high time for all tourism stakeholders to work towards enhancing the skills and capacity of tourism entrepreneurs and enhancing services. We should remain strong and cope with the situation through collaborative efforts. Even the government has acknowledged that aviation, hotel industry and in fact, the entire tourism industry have been largely affected at present. We expect great support from the government in the coming days. Moreover, the government has also expressed its commitment to support and facilitate the private sector in this crucial phase. However, execution of plans, policies and commitment has always remained a problem in Nepal. We are optimistic that the government will facilitate hoteliers and the entire tourism sector.

Can you be more specific on what measures need to be taken for the tourism sector to recover from the current downfall?

A version of this article appears in print on March 17, 2020 of The Himalayan Times. 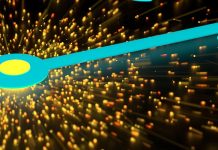 AWS throws down the gauntlet in private 5G sector 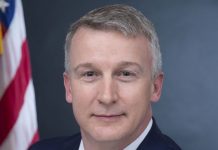 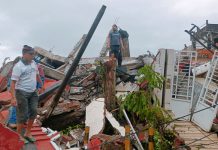 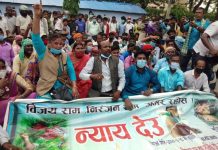 WeChat Pay gets permission to do business in Nepal