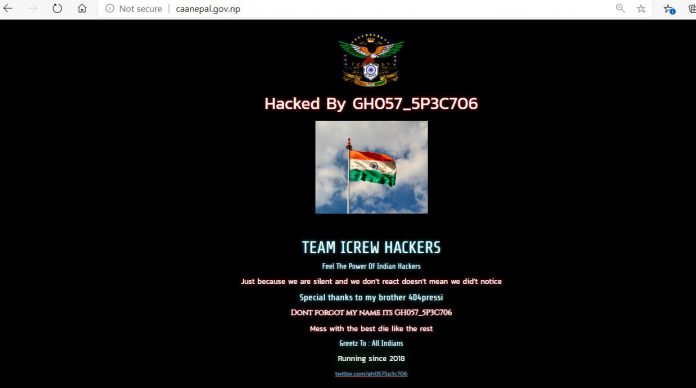 A team of Indian hackers has hacked the official website of the Civil Aviation Authority of Nepal  today. A team named ‘TEAM ICREW HACKERS’ hacked CAAN’s website and placed an Indian flag on the site. After hacking the site the team left a message ‘Feel the power of Indian hackers. Just because we are silent and we don’t react doesn’t mean didn’t notice’.

As per Raj Kumar Chhetri, spokesperson for CAAN, the site was retained immediately after the hacking. However, they again attacked the site. “At around 6:30pm the site was retained by CAAN’s IT experts,” he said, adding, “The site is safe and all the data are secure. There is nothing to worry about.”

This is the biggest hack made by the Indian hackers’ team since the hacking game started between Nepali and
Indian hackers.

On Thursday, Indian hackers brought down Nepali government websites and posted their messages asking Nepal to back off following a dispute after the issuance of a new political map by Nepal. A government website operated by the Nepal National Library was hacked on that day.

Then after, hackers from across both sides of the border have been engaging in a hacking war where government-owned sites are being hacked by each side with their messages for the other country.

Nepali hackers named Brahma and Satan have been hacking Indian sites while GHO57_5P3C706 has been hacking Nepali sites. Moreover, other hackers who are calling themselves fans of these hackers from both sides have also started hacking websites of schools and colleges. 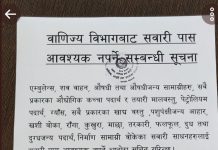 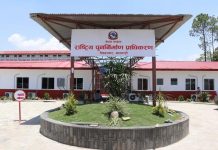 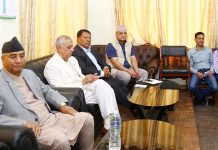 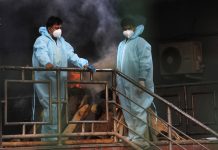