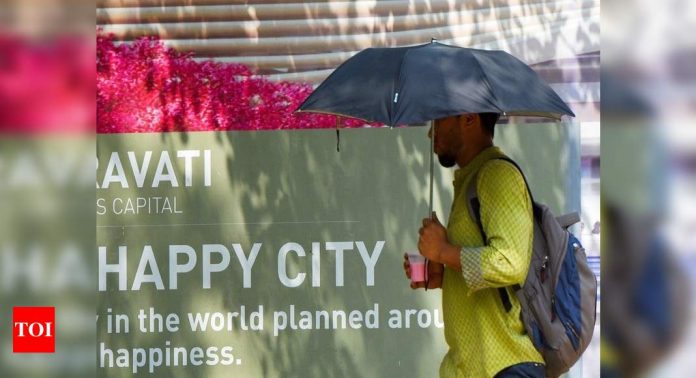 NEW DELHI: Extreme heat events such as those observed in Western Europe in 2003 and in Russia in 2010, which led to the death of nearly 1,000 people and multiple crop failures, are becoming more common in India, according to a study.

The study, published in the journal Scientific Reports, identified the factors leading to hot extreme weather events in India.

It assessed the change in frequency and intensity of such hot extremes over the country between the periods 1951-1975, and 1976-2018 using high-resolution daily maximum temperature dataset from the India Meteorological Department (IMD).

Analysing this dataset, which was collected by nearly 395 quality control stations all over India, the scientists, including those from the Indian Institute of Tropical Meteorology (IITM) in Pune, explored the driving mechanisms responsible for extreme hot temperatures in the country.

“The results reveal a widespread significant increase in the frequency of hot days over all-India, except over the Indo-Gangetic plains,” study lead author Manish Kumar Joshi from IITM told PTI.

According to the researchers, between 1976 and 2018, large parts of India, except the indo-Gangetic Plains, experience on average nearly 10 extreme hot days in the April-June season, which they said is approximately 25 per cent more than in the 1951-1975 period.

Before the 1976 climate shift, they said eastern and southern parts of India experienced significant increase in the frequency of hot days.

However, after this climate shift, the study noted that hot days have significantly increased over the northwestern parts of the interior peninsula, and along the western coast.

Joshi and his team believe this indicates a spatial shift of temperature increasing trends in India, particularly in the frequency of hot days.

According to the researchers, the increase in frequency of hot extremes is associated with an atypical high pressure atmospheric system over northern parts of India.

Joshi explained that parts of this wind system descend on northern parts of India, and mounts pressure on the land. He said this mounting pressure leads to increased atmospheric temperature, in a process called adiabatic compression.

“The high-pressure system (linked with the anti-cyclonic flow) over the northern parts of India causes sinking motion that leads to surface warming due to adiabatic compression, which in turn causes more hot extremes,” Joshi said.

“Furthermore, this sinking motion is associated with reduced cloud cover, which has allowed more solar radiation reaching the Earth’s surface that in turn leads to warmer temperatures over the Indian landmass,” he added.

The scientists also noted in the study that there is a significant reduction in soil moisture levels throughout India, which are also contributing to the hot extremes.

“The soil provides moisture for evaporation due to which some portion of the incoming solar radiation energy reaching the Earth’s surface is utilised in evaporating the water in the soil, instead of heating the ground and subsequently the near-surface air,” Joshi explained.

As the soil moisture evaporates, it results in less warming of the lowest part of the atmosphere that is closest to the ground, which the scientists said, limits the maximum temperatures during hot extremes.

Speaking about how the Indo-Gangetic plains are shielded from this extreme heating, Joshi said this region is among the most heavily irrigated places in the world, with substantially increased vegetation and rates of evaporation from water bodies, and transpiration from plants.

However, with the soil already dried up in several other places across the country in the recent period, the study said, this has led to the larger proportion of heat being conducted from the Earth to the atmosphere, than from liquid moisture into the air.

The scientists said this induces a cyclic process between the atmospheric heating and further drying of the soil.

To counter the extreme heating, Joshi and his team suggested that some actions could be taken for maintaining the soil water levels.

He said the urban building material is one of the major reasons why the cities are trapping heat.

“These materials are water-resistant surfaces, which don’t allow water to flow through surfaces. So, without the cycle of flowing and evaporating water, these surfaces can’t be cool automatically,” Joshi added.

Joshi also added that the hot extremes can be predicted in advance based on Indian Ocean surface temperatures as this is dependent on the El Nino/Southern Oscillation (ENSO) weather phenomenon — an irregularly periodic variation in winds and sea surface temperatures over the tropical eastern Pacific Ocean.

“The preceding winter ENSO conditions provide substantial forcing for the hot days over India, and the mechanism for the lag of several months is related to 3 to 4 months delayed response of Indian Ocean sea surface temperatures to ENSO,” Joshi explained.

He added that the post-El Nino heat extremes over India can be potentially anticipated in advance, helping the country prepare for such extremes. PTI VIS 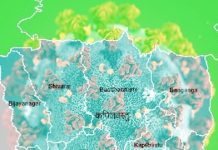 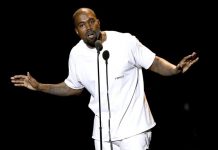 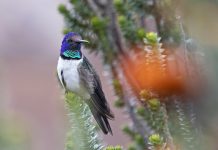 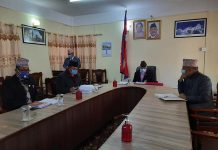