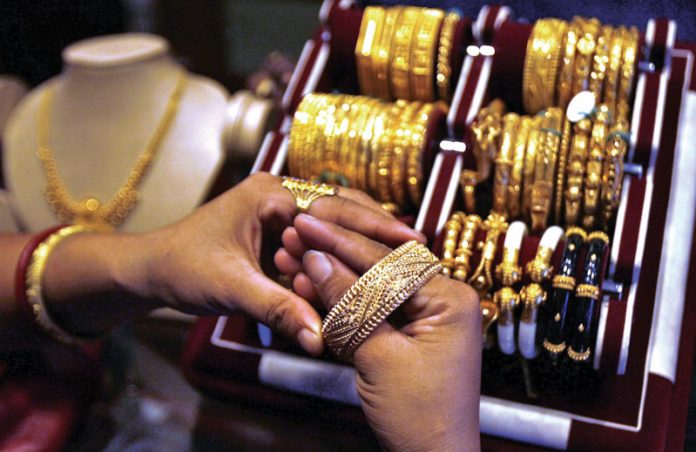 In the current fiscal year (2019-20), price of the precious yellow metal has set several historic records in the domestic market. From the festive season to wedding season, the high rate of gold price has hit the bullion market.

According to Federation of Nepal Gold and Silver Dealers’ Association (FeNeGoSiDA), gold price — which had reached a historic record of Rs 80,700 per tola on Thursday — surged by Rs 1,800 a tola to a fresh all-time high of Rs 82,500 per tola today.

Gold is considered essential for several occasions such as festivals and wedding ceremonies in Nepal. However, trading of the precious yellow metal has declined significantly even during the wedding season this year — February and March.

Suman Lama from Imadol in Lalitpur, who got married recently, instead of purchasing new gold ornaments, used his mother’s old jewellery for necessary cultural purposes.

Meanwhile, Ranjita Shrestha from Lubhu in Lalitpur said that she had bought gold jewellery for her daughter’s wedding beforehand and hence was able to avoid dishing out a large sum to purchase it now. “According to our culture, we have to gift gold jewellery to our daughter during her wedding and also make a wedding ring for the son-in-law,” she said, “It was a right decision to prepare beforehand.”

When the wedding season began, traders were hoping for the business to bounce back. “However, it is hitting a new record each day, thereby affecting the market,” said Mohan Kumar Sunar, president of FeNeGoSiDA.

“Earlier, the trade war between the United States and China hit the market and now again the coronavirus is increasing fear among investors,” he said. “Panic related to the spread of the virus is attracting investors toward gold and the domestic market is facing a price hike.”

He further said that consumers have started buying guaranteed gold plated jewellery due to skyrocketing gold price. As per Sunar, gold price is unlikely to go down any time soon.

A version of this article appears in print on March 07, 2020 of The Himalayan Times.

Economics of a rational criminal

Watery end for statue of slave trader in UK city of... 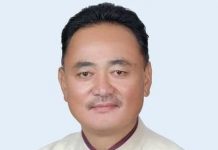 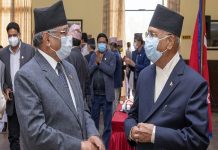 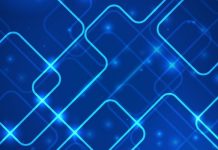 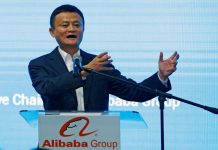