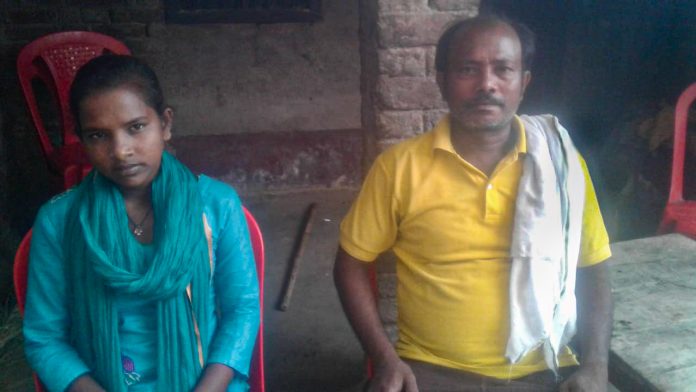 Jyoti Kumari (L) and her father Mohan Paswan (R) pose for a photo at their home in Bihar, India on May 27, 2020. Photo: Reuters

LUCKNOW: A 15-year-old girl who won praise for carrying her injured father hundreds of miles across India by bike said on Wednesday she never thought of giving up after promising her mother she would get him home safely.

Jyoti Kumari’s gruelling journey from the outskirts of New Delhi to their village 1,200 km (745 miles) away with her jobless father made headlines around the world and threw a spotlight on the plight of India‘s unemployed migrant workers.

The teenager said she had promised her mother she would deliver him home when they ran out of food and money to pay rent after India locked down to curb the spread of the coronavirus.

“I was determined to reach home with my father safely. My mother had given me this responsibility,” she told the Thomson Reuters Foundation by phone from Sirhulli village in the poor eastern state of Bihar.

“We even hitched a ride on a truck for about 50 kms, but giving up was nowhere on my mind,” she said after cycling for more than a week.

Tens of thousands of migrant workers were forced to make their own way home when India announced one of the world’s strictest lockdowns and their work disappeared overnight.

Scores fell ill or died along the way as they walked hundreds of miles in intense heat after most public transport was halted.

Kumari had travelled from Bihar to visit her father, a rickshaw driver, in March after an accident left him unable to cycle, and stayed on to cook and clean for him.

Her story of grit and determination captured the imagination of people across the country, with images of her on a pink bicycle with her father going viral on social media.

India‘s cycling federation invited her for trials and U.S. presidential adviser Ivanka Trump drew criticism for praising her, with opposition figures saying the pair’s desperate journey was not something to celebrate.

Health experts say India‘s vast lockdown has helped limit the spread of COVID-19, but it has pushed millions who live on daily wages to the brink of poverty.

After weeks of mounting criticism and tales of hardship, the government is now running trains and buses to help the migrants get home.

Carrying just a small bag of flattened rice and a few clothes, the two mainly survived on biscuits and food given to them by people when they took rest breaks at roadsides and fuel stations.

When they arrived, she said, all she wanted to do was “sleep and eat dal-bhaat (rice and lentils)”.

Since then, local politicians and journalists have made a beeline to meet Kumari – to her bemusement.

She has said she did not regularly attend school in the past because the family was poor and she had chores at home, but now intends to resume her studies.

Bihar is one of India‘s most under-developed and conservative states, where child marriage is rife and girls are routinely denied education.

“I never thought I would be famous,” said the shy teenager, who frequently asked her father to speak for her during the interview. “I think people are fascinated because I am a girl.” 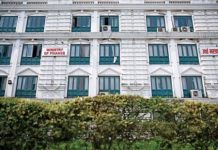