After going through the entire programmes of the government, should they be implemented, it looks as if the country will be transformed within a year. However, the programmes look like a long-term action plan of the government than an annual policy and programmes. Most of the schemes are replications of last year’s programmes while the newly introduced schemes cannot be completed in one year.

Despite the government’s programmes to realise the slogan “Prosperous Nepal and Happy Nepal”, the country has been in a state of stagnation for the past two months due to the corona pandemic. All the economic activities, except for the essential services, have been halted. It is difficult to assess how long this situation will continue and how badly it will affect the Nepali economy.

Millions have lost their jobs and millions are worried about how to make a living. Many people are more worried about how to repay the interest and installments of their bank loans than the epidemic. Remittance, which makes significant contribution to the national economy, is sure to decline now. There is no sign that the targeted revenue will be collected, and foreign loans and assistance will not be as easy as before as COVID-19 has impacted every country in the world. Despite being aware of these facts, the policies and programmes are as ambitious as in the previous years, making implementation a great challenge.

The government has targeted to achieve the goals of sustainable development before 2030. The goal is to upgrade to a middle income country and bring it to the ranks of developing nations during the tenure of this government. According to the United Nations, Nepal ranks 147th in the Human Development Index, and although it has improved over the past few years, it is not satisfactory. According to the World Bank, if the economic growth rate can be maintained as in the previous years, by 2030, Nepal can achieve middle-income nation status. But the impact of COVID-19 has given a clear indication that the past economic growth will not be possible, and it may even be negative. The above facts make it clear that the government has issued its policies and programmes without assessing the current situation.

Nepalis living abroad are more likely to become unemployed and return home due to the impact of COVID-19. It is also a big challenge for the government to provide employment and manage them according to their skills. In the programme, the government has said that they will be mobilised in commercial agriculture, physical infrastructure, small and medium enterprises, manufacturing industries and construction sector.

At present, the unemployment rate is high in the country, and there are insufficient small and medium enterprises, manufacturing industries and commercial agricultural firms in the country. It is also not sure whether the existing industries and businesses can be revived. Nor is there an investment-friendly environment in the country. In such a situation, on the one hand, remittances will decrease and on the other hand, unemployment will increase, which will be very challenging for the Nepali economy. For this, the government needs to move forward with concrete programmes along with the private sector, but the government has not brought any programme to encourage the private sector.

In the policy and programme, it has been stated that the ‘forest for prosperity’ programme will be implemented by dividing the forest into different parts, and developing scientific forest management and forest-based enterprises. Forests, which cover 40 per cent of Nepal’s total area, provide potential for prosperity. There are various endangered wildlife, valuable herbs, minerals, timber and forest products. If we can manage them properly, the country will certainly benefit. But so far, the government has not been able to identify, excavate, protect and manage the forests and forest products. The Chure Bhabar area, which spreads across the Tarai Madhes region, is still being haphazardly exploited, resulting in deforestation, poaching of wild animals and smuggling of forest products. So how the government will implement the forests for the nation’s prosperity within a year is hard to see.

The government has announced it will make all government transactions cashless within two years. According to Nepal Telecom, about 70 per cent of Nepal’s population has access to the Internet. The government has said that all personal incidents will be registered online within three years. But this requires easy access to the Internet, financial literacy of all communities, training for all government employees, and mitigation of security challenges, which are almost impossible to implement during the targeted tenure.

The government aims to improve the standard of the state, federal and central level hospitals. But hospitals cannot run only by improving the physical infrastructure, they should also have skilled manpower. Even now, remote district hospitals do not have the required manpower. A hospital requiring at least 10 doctors has only one or two doctors. Those who have been assigned there are also running private clinics. Some of the medicines available at the government hospitals are free of cost, but some doctors are referring their patients to private pharmacies. Unless this trend improves, the physical infrastructure alone will not make much difference in the health sector.

The government has said it will adopt a zero tolerance policy on corruption, and ethics will be developed in all the government, non-government and private sectors to promote good governance and control corruption. It has also said that a work culture will be promoted by having them take an oath not to be corrupt and work honestly. But the current working style of the government and the frequent incidents of corruption reveal the involvement of key people from the government itself.

Similarly, the government has said that it will continue with its ambitious programmes to supply petroleum products through pipelines, operating ships and running east-west railway services. With COVID-19 creating such a negative impact on the economy, it is hard to believe that such big plans will move forward in the coming year.

The government has mentioned about various programmes like preventing wasteful spending, maintaining financial discipline, investing in productive sectors, creating a COVID-19-free country, significantly improving the health sector, re-prioritising the current projects, mobilising internal resources, attracting foreign investment, supplying water from Melamchi to Kathmandu within a year and distribution of national identity cards. Although all these programmes are positive, at a time when the country’s economy is going through a critical period, what is needed now is to take the necessary steps to revive the economy by controlling and evaluating the impact of COVID-19 rather than bringing such ambitious plans.

What is a ‘table-top runway’, the site of deadly Air India... 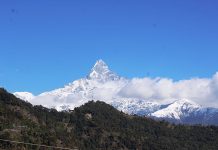 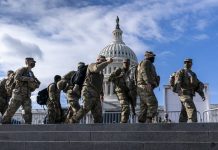 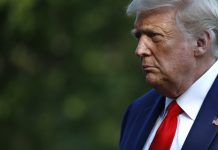 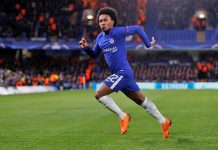