The spread of COVID-19 in rural areas, cities and communities, and among health workers and security personnel has caused panic among civilians, said a press statement released by Informal Sector Service Centre today.

The human rights NGO, urged the government not to deprive hospitals and health institutions of necessary security and logistics to help them to fulfil their responsibility to ensure the right to health of the people.

“We urge the government to be more proactive in addressing the difficult situation and ensuring the rights to health of citizens.

We would like to remind that it is the responsibility of the government and private health agencies to provide essential medical services to the citizens in need,” read the statement.

The impact of COVID-19 pandemic is on the rise. As of August 15, the number of deaths due to the contagion has reached 102 and the infected cases have been counted at 26,019.

According to the statement, information and data collected through the INSEC representatives from 77 districts, news published and broadcast by the media and information provided by the Ministry of Healthand Population, indicate that the risk of infection will not be reduced soon.

There have been news reports on refusal to treat COVID patients by private and government hospitals, and incidents of attack on health institutions and health workers by the public, according to the rights body.

Padma Bahadur Rai, 23, of Katari Municipality-5 of Udayapur died outside the emergency ward of Koshi Hospital on July 24 after the health facility allegedly denied her treatment. Chalitar Mahato, 64, of Shreepur in Birgunj MetropolitanCity-11, died on August 6, after National Medical College Teaching Hospital refused to treat him. Bishnu Lama, 20, of Chhapkaiya of Birgunj MetropolitanCity-2, was refused to be admitted to hospitals in Birgunj due to suspicion of having infected with coronavirus.

She died on August 8. Sushil Kumar Sah, 9, of Sukhipatra in Baragadhi Rural Municipality-2, in Bara died at National MedicalCollege in Birgunj on August 11 because the hospital refused to treat him on time. “We urge all three levels of the government to make efforts in raising awareness on health issues and ensure that such incidents do not occur,” said INSEC.

A meeting of the COVID-19 Crisis Management Centre held on August 9, had decided to increase the number of isolation facilities since the number of infected people in most districts of the country, including Kathmandu valley was increasing rapidly.

The Office of the Prime Minister and Council of Ministers had also decided to make additional arrangement for isolation and quarantine facilities, in coordination with local levels and the District Crisis Management Centre.

According to MoHP, there are 496 ventilators and 942 ICU beds in government hospitals nationwide.

“In the current complex situation where the number of infected people is on the rise and the death toll is also rising, the government has to pay due attention to ensure the right to health of people. We urge the government to be accountable for the citizens, who are suffering due to lack of treatment,” read the statement. 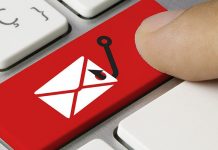 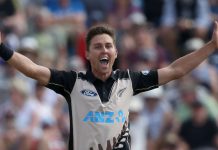 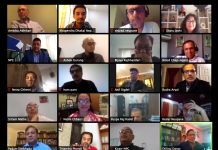