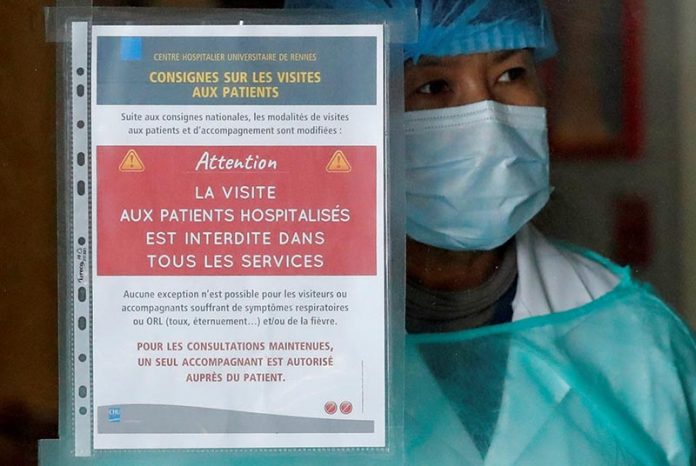 PARIS: Five hundred and seventy people have died in nursing homes in France’s eastern region since the outbreak of the coronavirus, the regional public health authority said late on Wednesday.

France became the fourth country to pass the 4,000 coronavirus deaths threshold on Wednesday, but that does not include deaths outside hospitals.

A health worker stands behind a sign as patients are brought into the Pontchaillou hospital of Rennes during a transfer operation of people infected with coronavirus disease (COVID-19), from Paris Region Hospital to Britanny, France April 1, 2020. The sign reads “Warning. Visiting hospitalised patients is forbidden in all units”. Photo: Reuters

Fatalities in nursing homes have surged, with dozens of deaths reported across the country. Officials have held back on directly linking the deaths to the coronavirus given the age and health condition of many who have died.

“As of March 31, 411 nursing homes have been affected by COVID-19 out of 620 in the region,” the Grand-Est Public Health Authority said in a statement. “Five hundred and seventy people have died in total.”

Regions have been collating figures on the situation in nursing homes and the national health agency was due to give the figures for the country later on Thursday.

Senior care home representatives in March warned the Health Minister that at least 100,000 people could die if the situation was not brought under control. 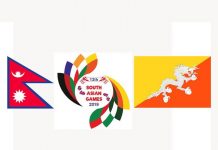 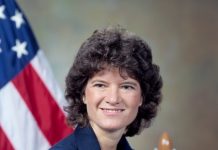