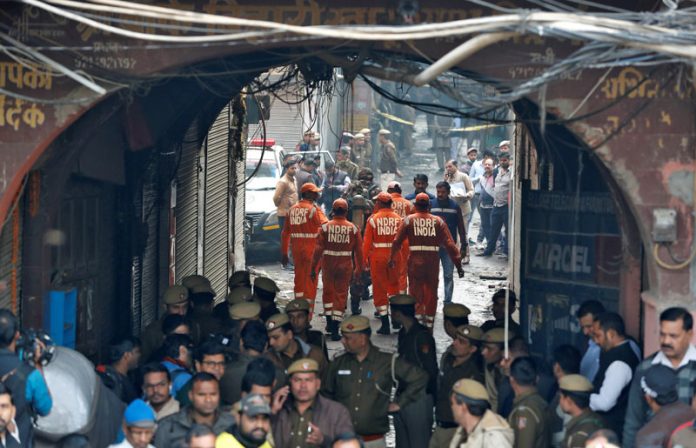 NEW DELHI: Police in New Delhi have arrested the owner and manager at a factory where 43 people perished in the Indian capital’s deadliest fire in 20 years, a spokesman said on Monday.

The blaze started early Sunday morning when more than a hundred workers were sleeping in the four-storey building located in a residential part of Delhi.

Members of India’s National Disaster Response Force (NDRF) head towards the site of a fire that swept through a factory where laborers were sleeping, in New Delhi, India December 8, 2019. Photo: Reuters

The factory, which made school bags and toys according to Indian media, was packed with combustible materials like paper, plastic and cardboard, causing it to burn for hours before being brought under control.

“We have arrested the owner and a manager of the factory where the fire broke out, and initiated an investigation which is going to be completed soon,” Mandeep Singh Randhawa, Delhi police spokesman, told Reuters.

Most workers employed at the unit used to live in the factory itself, cooking meals there. The Indian Express quoted one of the victims who had telephoned a neighbour in his hometown in central India saying he was trapped and going to die soon and that he should take care of his family.

Fire engines had struggled to access the congested lane where the building was located, witnesses said.

Frequent raids by civic authorities to enforce building codes, fire safety measures and evacuation procedures have failed to curb violations in the rapidly expanding city of around 20 million people.

Delhi Chief Minister Arvind Kejriwal announced compensation of 1 million rupees ($13,933) for the families of those killed.

On Monday morning, more fire engines were dispatched to the factory to douse a small fire caused by burning waste. 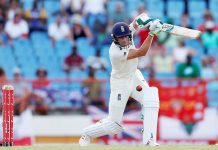 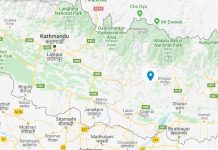 Stone mine posing risk for commuters 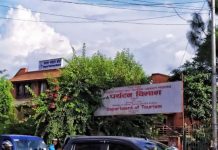 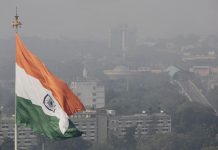