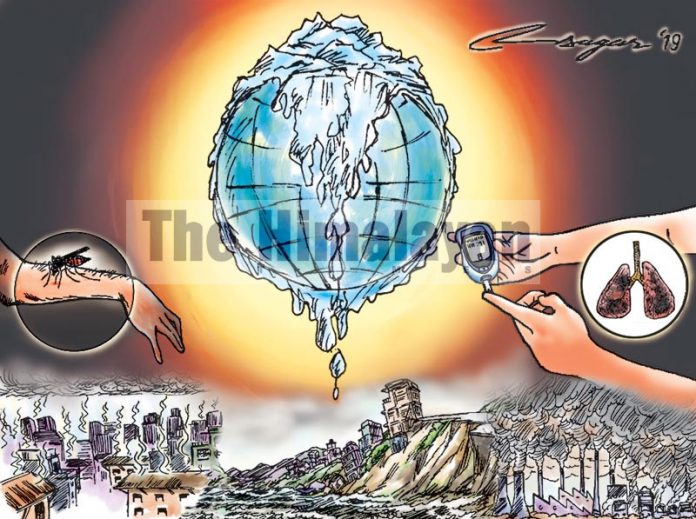 MADRID: Worsening heatwaves are taking a heavier toll on rich as well as poor countries, according to an annual ranking that measures the damage done by extreme weather to human life and economies.

The Global Climate Risk Index, published on Wednesday by environmental think-tank Germanwatch, rated Japan as the most weather-affected country in 2018, hit by a triple whammy of extreme summer heat, torrential rainfall and the most powerful typhoon in a quarter-century.

Germany, another industrialised country, was in third position as its hottest-ever April-July period led to the deaths of more than 1,200 people and widespread drought in 2018.

India – in fifth position – suffered one of its longest-ever heatwaves that year, bringing water shortages, crop failures and riots, on top of monsoon floods and two strong cyclones, Germanwatch said in a report.

“Recent science has confirmed the long-established link between climate change and the frequency and severity of extreme heat,” it added in a statement.

In 2018, the severe summer heatwave in Japan killed 138 people and caused more than 70,000 people to be hospitalised with heat stroke and exhaustion, the report said.

Across Europe, scientists calculate extreme heat spells are now up to 100 times more likely than a century ago, it added.

The report noted that the impact of heatwaves on African nations may be under-represented due to a lack of data.

Powerful storms, meanwhile, left a trail of destruction in 2018, with the Philippines second in the climate risk index due to large losses inflicted by top-strength Typhoon Mangkhut.

Madagascar was the fourth most weather-hit country as two cyclones killed about 70 people and forced 70,000 to seek refuge.

In Kenya and Rwanda – seventh and eighth in the index – seasonal rains were much heavier than normal, causing floods that destroyed homes and livestock and fuelled diseases.

Laura Schaefer, a policy advisor with Germanwatch, told journalists at the U.N. climate talks in Madrid that the index results showed that the “signs of climate crisis”, on all continents, could no longer be ignored.

“But climate impacts most existentially hit developing countries and communities around the world – and create a real climate crisis for millions of people,” she said, adding that the poor had the fewest resources to cope.

Between 1999 and 2018, seven of the 10 places most affected by extreme weather were lower-income developing nations, with Puerto Rico, Myanmar and Haiti at the top, Germanwatch said.

In the past 20 years, nearly half a million deaths were directly linked to more than 12,000 extreme weather events worldwide, while economic damages exceeded $3.5 trillion, the report said.

At the U.N. climate talks on Wednesday, Chile’s environment minister, who is presiding over the conference, and U.N. climate chief Patricia Espinosa told journalists Latin American nations were vulnerable to weather disasters fuelled by climate change, highlighting the need for them to become more resilient.

Espinosa said her own country, Mexico, suffered every year from droughts, floods and wildfires.

“It is not about whether this year it will be bad. No, it is about how bad and where?” she said. “This is the reality of almost all the countries in the region.”

Germanwatch joined developing states and aid agencies in urging U.N. negotiators to regularly assess the needs of vulnerable countries struggling with “loss and damage” linked to climate change, and provide new funding to repair it.

Wealthy nations have long resisted pressure to stump up such finance, beyond expanding insurance programmes. But as the cost of extreme weather increases globally and planet-heating emissions continue to rise, that pressure is growing.

Renato Redentor Constantino, head of the Philippines-based Institute for Climate and Sustainable Cities, said it was “plainly unacceptable” that those suffering the most had done the least to cause the problem, given their historically low emissions.

“The extreme weather events we have been facing are a result of emissions that the world failed to eliminate,” he said. 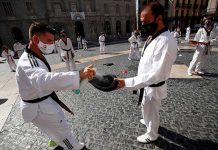 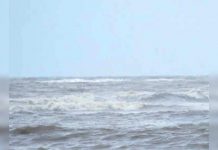 Qatar and Nepal: Power of the small 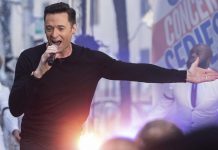