The Ministry of Health has dispatched a team of experts to Mahottari following the death of 11 people due to unknown reasons in Bhangaha and Bardibas municipalities.

A view of Ministry of Health and Population in Ram Shah Path, Kathmandu, on Monday, May 13, 2019. Photo: Nishant Pokhrel/THT Online

According to District Health Office Chief Nagendra Chaudhary, a two-member team of doctors, one each from the Epidemiology and Communicable Disease Division and the World Health Organisation has started field investigation in the wards where the deaths occurred.

“Eleven persons, including a woman, have died in as many days in Gorahanna of Bhangaha Municipality and Juri of Bardibas Municipality,” said Chaudhary.

Further, DHO Chief Chaudhary informed that all the deceased were aged between 40 and 55 and could have died due to consumption of alcohol.

“As the people who died were said to be alcoholics, we suspect drinking could be the reason for their death. But we can’t say anything as the probe is on,” he said.

“The locals had said the taste of liquor was different on Wednesday, and people started dying after that day, so there is ground for suspicion that the deaths might have been caused by the consumption of the liquor, which could have been toxic,” he explained. 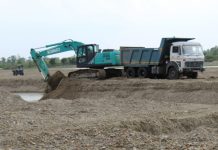 Illegal extraction of river products rampant in Siraha amid lockdown 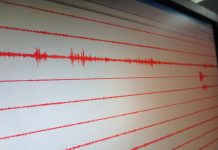 5.3 ML jolt felt across various parts of the country late... 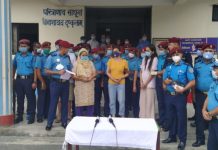 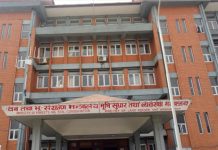