This summer, a parliamentary investigation was started into the ICT problems in the Dutch government and how to prevent ICT failures in the future, and it found that knowledge and skills are often too fragmented, with insufficient central control around major ICT themes.

This is the 15th parliamentary ICT inquiry the Dutch government has carried out since 2000. The latter dates from 2014, when the Elias Committee investigated the failure of ICT projects in the government.

The committee, led by Ton Elias, found that the national Dutch government does not have the management and control of ICT projects in order. It then recommended the establishment of a temporary ICT authority to bring order to the chaos.

This Bureau ICT Toetsing (ICT Review Office) had to become a small, efficient and decisive organisation. All government projects in excess of €5m in which the ICT component plays an important role must be tested by the Bureau ICT Toetsing’ (BIT) on the basis of ten basic rules.

These rules ensure that proper thought is given to the how and why of an ICT project, before it starts.

The BIT came into being in 2015, but has been in dire straits since the summer of this year, when the office manager stepped down after a conflict with top officials from the Ministry of the Interior.

The conflict has seriously affected the position of the independent BIT. The body’s reports go directly to the Lower House of Parliament, giving the office a large informal power. Critical reports have repeatedly led to the suspension of millions of projects, resulting in a loss of political face.

The BIT is a temporary agency; in 2020 it will be decided whether it will continue to exist, but a laudatory, independent investigation into the functioning of the agency was considered by top civil servants not to be critical enough.

This year, Algemene Rekenkamer (ARK) once again concluded that the national government still does not have its information security in order.

“There are also growing shortcomings in IT management. One of the reasons for this is the lack of expertise among ministries. In addition, there is a lack of capacity among IT experts,” according to a news item on the website of the ARK.

Legacy is a major problem for the Dutch government. For example, more than half of the Tax and Customs Administration’s ICT systems, which are part of the Ministry of Finance, are obsolete. They are difficult to adapt and expensive to maintain.

The VAT IT system dates back to 1982. Although it runs without major malfunctions, it is no longer possible to adjust the tax rates in the system.

Daan Rijsenbrij, retired dual professor of Information Technology, and passionate advocate for better government ICT, said: “The four largest lenders in our country, i.e. the Supplementary Benefits department of the Tax and Customs Administration, the UWV [the public body responsible for administering the employee insurance schemes], the DUO [Education Execution Service, responsible for various education laws and regulations] and the Social Insurance Bank, have a number of important similarities.

“They have to establish that you are actually you, determine the right to a benefit and actually pay out. It’s crazy that, despite a project to correct it, they still all work on their own!?”

Rinke Smedinga, publicist and currently working – together with August Hans den Boef – on a book titled: A digital banana republic: ICT and Government in the Netherlands, also sees that the problems in the field of ICT in the Dutch government are huge, but that the urgency is extremely low.

“Security is a recurring theme in the Netherlands, but it is in no way linked to the digital government that has to watch over our privacy and ensure that, for example, tax, defence and police work efficiently. It is sometimes as if the Elias Committee has never existed,” said Smedinga and Den Boef.

They point out that the government relies heavily on information and services from commercial supplies who like to cash in on the dependency and to use it as a cash cow.

There is so little substantive knowledge in the government that top officials are not critical enough to prevent companies from using their knowledge advantage to increase their profits at the expense of taxpayers.

Marijn Janssen is Professor of ICT & Governance at TU Delft and one of the top 100 most influential digital people in government. He also sees that the government’s critical attitude leaves much to be desired.

“Knowledge and independence are very important. You are quickly sucked into the world of all kinds of smart lobbyists and if you know too little about ICT yourself, you can never make a well-considered choice,” he said.

This is exacerbated by weak patronage, too little IT knowledge at the top, no strict audits, and woolly initial documents with irrelevant facts instead of clear sketches about the future situation, said Rijsenbrij.

“In terms of organisational structure and management style, the Dutch government remains stuck in the old world, while it is advancing outside the digital world,” he said.

“Moreover, the government is becoming increasingly stuck in the straitjacket of its outdated IT, which is what I call IT shredding. The current government automation seems to be mainly for the efficiency of civil servants, which means that it is very inward-looking. While outside are the government’s customers, namely us as citizens and businesses.”

“A main rule in automation is: first reorganise and simplify, then IT. Otherwise, you are automating chaos,” said Rijsenbrij in an interview with Dutch magazine Elsevier.

Rijsenbrij questioned whether the Dutch Prime Minister Mark Rutte understands the economic need for sound IT in the government. “In his speech in 2018, King Willem-Alexander stated: ‘The government wants to make this strong country even better. The economic conditions for this are in place’.

“Personally, I think that we are falling further and further behind because of the inadequate IT within the government, which is reducing productivity and prosperity.”

The Dutch government has plans to set up a large investment fund for the economy. Billions would be borrowed on the capital market or used from the public purse in the coming years. Money to be invested in infrastructure such as public transport, scientific research and development, artificial intelligence and technology, nitrogen-free housing or tax relief.

“We must become frontrunners in artificial intelligence, I read. But why doesn’t the government first invest heavily to clean up its own IT mess?” said Rijsenbrij. “So that we, as citizens and companies, can communicate properly digitally with our own government and our taxpayers’ money can be spent on relevant matters, rather than on unsuccessful ICT projects.”

Highway Code: Watching TV in self-driving cars to be allowed 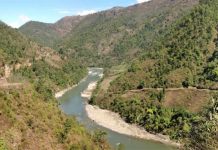 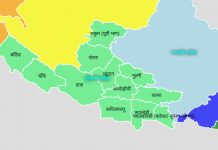 Govt to use Zoom software for online meetings