A number of international cine personalties, including Robert De Niro, Joaquin Phoenix, Alfonso Cuaron and Cate Blanchett, have cautioned the world leaders against going back to “normal” if they want to avoid an “ecological catastrophe” in the aftermath of the coronavirus pandemic. The groups of over 200 actors, filmmakers, scientists and people from other professions have signed an editorial, written by Juliette Binoche and astrophysicist Aurelien Barrau for French paper Le Monde.

Titled, “No To A Return To Normal”, the editorial called the COVID-19 pandemic, which has claimed the lives of over 250,000 people worldwide, a “tragedy” and said there is a “direct existential threat” now looming on mankind more than ever.

“The Covid-19 pandemic is a tragedy. This crisis is, however, inviting us to examine what is essential. And what we see is simple: ‘adjustments’ are not enough. The problem is systemic. “The ongoing ecological catastrophe is a meta-crisis: the massive extinction of life on Earth is no longer in doubt, and all indicators point to a direct existential threat. Unlike a pandemic, however severe, a global ecological collapse will have immeasurable consequences,” the editorial read.

It called upon world leaders and citizens “to undertake a profound overhaul of our goals, values, and economies”. The editorial further said that rampant pursuit of “consumerism” and “an obsession with productivity”, have “led us to deny the value of life itself”.

“Pollution, climate change, and the destruction of our remaining natural zones has brought the world to a breaking point. For these reasons, along with increasing social inequalities, we believe it is unthinkable to ‘go back to normal’.

“The radical transformation we need — at all levels — demands boldness and courage. It will not happen without a massive and determined commitment. We must act now. It is as much a matter of survival as one of dignity and coherence,” the editorial concluded.

20 settlements in Myagdi at risk of landslide; recommended relocation 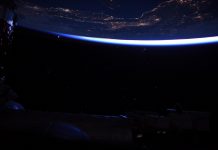 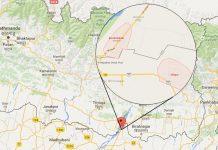