Police have arrested one person on charges of spreading communal hatred and burning the national flag in a music video. The music video released recently on You Tube has been widely criticised in social media.

Metropolitan Police Crime Division, Kathmandu, confirmed that it has arrested the camera person of the music video from Kathmandu, today. Police, however, have not disclosed his identity.

Senior Superintendent of Police Deepak Thapa of the MPCD said they have identified around six persons in connection with the music video and have begun their manhunt from this morning. “But, all of them have been absconding.”

Among them, police have prioritised the arrest of singer Gyalzen Dorje Tamang.

Police from MPCD, Cyber Bureau, and Crime Investigation Bureau have started a search for the members who feature in the music video. They are also working to ban the video on YouTube.

The music video in question has gone viral on You Tube, with a large number of people demanding its ban and action against the song and artists. The song in the self proclaimed ‘Mongolhop Rap’ genre uploaded one day ago has 74k dislikes by this evening.

A majority of people, who have posted comments in the video, have demanded legal action against the singer.

The song has targeted one specific community saying that the people from the community are the real ‘anti-nationalists’ and ‘traitors,’ and has hatred filled lyrics against the community. The video also features photos of various political figures of the country including Prime Minister KP Sharma Oli and former prime minister Pushpa Kamal Dahal and exkings Prithivi Narayan Shah and King Gyanendra Shah being burnt.

SSP Thapa said the song is full of anti-nationalist sentiments and is likely to provoke social unrest.

Those arrested will be charged under section 151 of the existing criminal code act, which has provision of punishment for undermining the national flag, national anthem and spreading hatred against the government. Punishments under the offences attract three years of imprisonment or fine of Rs 30,000, or both.

Meanwhile, singer Tamang in a Facebook video has said he didn’t mean to hurt the sentiment of all the people of the particular community, and his work targeted the corrupt people from the community who held power. 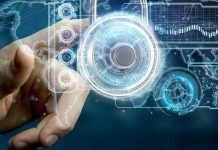 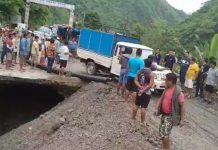