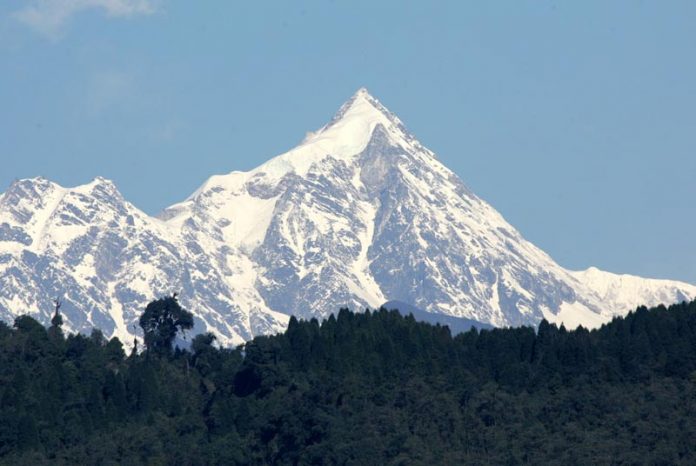 World Tourism Organization (WTO) — a United Nations specialized agency defines mountain tourism as “tourism activity which takes place in a defined and limited geographical space such as hills or mountains with distinctive characteristics and attributes that are inherent to a specific landscape, topography, climate, biodiversity (flora and fauna) and local community. It encompasses a broad range of outdoor, leisure and sports activities”.

Dawn of mountain tourism in Nepal:

The history of Nepal’s mountain tourism began with the ascent of Mt Annapurna by Maurice Herzog and Louis Lachenal of the French Annapurna Expedition on June 3, 1950. It is quite interesting to mention how Annapurna became the first mountain above 8,000 m to climb. Maurice Herzog and Louis Lachenal along with their team were on the way to climb Mt Dhaulagiri, but they happened to ascend Annapurna. Hence, this mountain became the first mountain to be climbed and Dhaulagiri became the last mountain to be climbed on May 13, 1960. Mountain tourism in Nepal began to flourish more after the ascent of Mt Everest on May 29, 1953, followed by the ascent of all the mountains above 8,000 m in one decade.

Coronavirus Disease 2019 (COVID-19) is an infectious disease caused by severe acute respiratory syndrome coronavirus 2 (SARS-CoV-2). It was first identified in December 2019 in Wuhan, Hubei, China, and has resulted in the ongoing pandemic. The first confirmed case was traced back to November 17, 2019, in Hubei.

The first case in Nepal was confirmed on January 23, 2020, when a 31-year-old student, who had returned to Kathmandu from Wuhan on early January, tested positive for the disease.

COVID-19, which started from China at the end of 2019 has now become the reason for loss of human lives in China, Europe, USA and many other countries across the world. Global tourism sector has speedily become the most affected economic sector, and Nepal’s tourism sector could not remain unaffected by this pandemic.

Government of Nepal imposed a complete lockdown all over the country to control the pandemic in March. By paying attention to the possibility of coronavirus transmission, expeditions on all the mountains of Nepal were postponed. The postponement of expeditions will have direct long term effect on businesses, daily lives of mountain guides, workers, and indirect effect on other economic sectors of Nepal.

Tourism sector was expected to help boost the economy and contribute significantly to the high growth target of 8.5 percent that the government has set for this fiscal year. According to the Travel and Tourism Economic Impact 2019, a research report prepared by the World Travel and Tourism Council, tourism sector’s contribution to Nepal’s economy stood at 7.9 percent in 2018.

Numerous countries have imposed travel restrictions and travellers are also taking precautionary measures due to which tourism, aviation and hospitality sector have been hard-hit by the outbreak. With the launch of Visit Nepal Year 2020 campaign in January, the country hoping to attract two million visitors, but due to the coronavirus pandemic, the campaign got cancelled which has adversely impacted the hospitality and tourism related business sector.

With this, the tourist arrival rate has declined to zero percent from 70 percent before COVID-19 outbreak. Likewise, cancellation of all spring mountaineering expeditions, including Everest ascents, has resulted in loss of jobs of tour, trekking and mountain guides. Presently, 1,488 trekking agencies and 10,238 climbers are registered at Nepal Mountaineering Association (NMA). 65 guides in Nepal are recognised by the International Federation of Mountain Guide Association (IFMGA).

COVID-19 has left trekking agencies with zero income making climbers and IFMGA guides jobless. According to Nepal Tourism Facts 2019 published by the Ministry of Culture, Tourism and Civil Aviation (MoCTCA), a total of 8,202 mountaineers climbed different mountains generating a total income of NRs (‘000) 568,269. It is believed that one mountaineer generates employment for four people; hence, about 32,808 people become unemployed this year. Ministry of Culture, Tourism and Civil Aviation approximates the loss of Nepal’s tourism to 40 billion due to COVID-19, however, the study is in progress.

One of the biggest accidents in the history of mountaineering occurred on April 18, 2014, with the loss of sixteen human lives. On that day, seracs on the western of side of Everest failed, which resulted in ice avalanche and killed sixteen climbing Sherpas. Within 48 hours of the incident, thirteen bodies were recovered, but three are still missing. Nepali mountaineers and climbers in Khumbu region stopped work on April 22 for other expeditions and forwarded their demand to the Government of Nepal for compensation to the bereaved families.

On April 25, 2015, earthquake of 7.8 magnitude hit Nepal and other neighbouring countries, which triggered an avalanche from Pumori to Everest base camp. Twenty-two people lost their lives in the earthquake. Ladders fixed at the Khumbu icefall were damaged and initiative was taken to repair ladders for the resumption of expedition. But another quake on May 12, 2015, stopped the expedition on Everest for the second time.

Complete eradication of the disease still seems far away and the question of when the vaccine will be available remains unanswered. World economy is not in a position to shut down all activities. We have become well aware about the serious impact of lockdown on our national economy. Our economy would have collapsed if the lockdown had continued for another month.

Therefore, disseminating awareness among the general public to fight against COVID-19 is the only solution left for us now. Maintaining social distance, appropriate management of quarantine, self-isolation, safe usage of sanitisers, and less public gatherings can help us live with COVID-19. Some of the countries like New Zealand, Japan, South Korea, Switzerland, Slovenia, among others made their position strong by imposing discipline on their daily lives and have nearly succeeded in their battle against the disease. 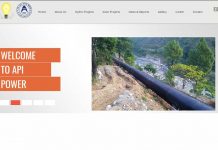 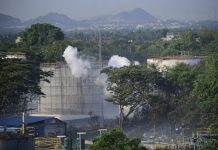 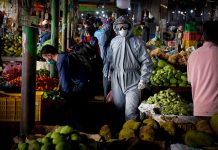