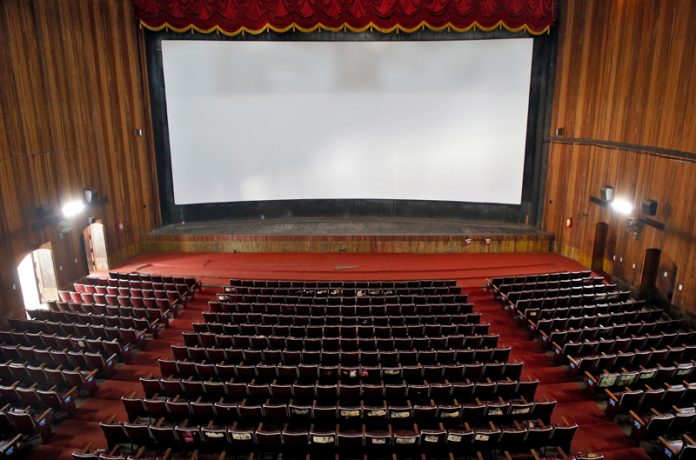 MUMBAI: India’s film industry, purveyor of song-and-dance spectacles to millions, will take at least two years to recover financially from the coronavirus pandemic, which is threatening big-ticket projects, putting at risk tens of thousands of jobs.

That was the sombre assessment of about a dozen top producers, distributors and actors from Bollywood, the movie industry in India’s commercial capital of Mumbai, during a video conference this week, one of the participants said.

A view of an empty movie theatre after Kerala state government ordered the closure of theatres across the state till March 16, amid coronavirus fears, in Kochi, India, March 11, 2020. Photo: Reuters/File

“Making movies has always been a gamble, and now some of us can pack up for the next year,” said a film-maker responsible for many successful action movies, on condition of anonymity. “We will have to beg people to come to cinema halls.”

Such dim prospects, even after the lockdown is lifted, threaten the box-office takings that make up 60% of industry earnings, spurring producers to say big-budget films and extravagant shoots in foreign locations will be shelved.

“Films will have a tough time,” said Jehil Thakkar, a partner at accounting firm Deloitte India. “Even after they lift the lockdown, I’d expect the psyche of a lot of people would be to avoid crowded places.”

Bollywood has come to a grinding halt, with film production and theatres shut nationwide, after Prime Minister Narendra Modi imposed a 40-day lockdown to curb the virus, which has infected 31,000 people and killed more than 1,000 in India.

About 9,500 theatres are shut, and business at multiplexes and single-screen cinemas is unlikely to bounce back for weeks or even months, as infection fears linger and discretionary spending plunges.

“Theatres may not open before mid-June on a pan-India level and normal occupancy may not come back until August,” Karan Taurani, an analyst with investment firm Elara Capital, said in a note, adding they may have to slash prices to lure viewers.

Industry figures show India makes 1,200 films in a typical year, but Taurani sees big-budget movies getting pushed into the next fiscal year, as production houses battle a liquidity crunch amid falling box-office revenues.

For example, the release of Bollywood’s first attempt at a multi-hero action franchise, film-maker Rohit Shetty’s “Sooryanvanshi”, has been postponed indefinitely from a late March schedule.

“It is likely that even after theatres re-open, only smaller films will be released, so that producers get a sense of how many people are coming to them,” Shailesh Kapoor, head of agency Ormax, which tracks Bollywood films, told Reuters.

With such a re-opening unlikely until at least mid-May, and no new releases in the last month, trade analyst Girish Johar estimates lost box-office revenue at more than $130 million over the period.

Brokerage Emkay also slashed its rating on both to “hold” from “buy”, saying they would suffer declines of more than 50% in visitor numbers, ticket sales, advertising revenue and food and beverage sales in fiscal 2020-21.

Theatreowners fear that in future they will have to record customers’ names and addresses, check temperatures and ensure sanitisation, use of masks, and social distancing, all of which downgrade the audience experience while boosting costs.

Top-grossing actors and directors can tap savings to ride out the downturn, but it will hit tens of thousands of ordinary workers who get paid by the project, from movie extras to dancers, stagehands and technicians.

“Things are pretty bad right now for us, but worse for those who work on our films on a day-to-day basis,” said Vinod Bhanushali, the head of marketing for production house T-Series, which has 12 films stalled by the crisis.

Industry veterans warn the steepest slump in years may lie ahead for Bollywood, as virus infections in Mumbai, the home of the Hindi movie industry, make up about a fifth of India’s tally.

“Everything will have to be calculated after the lockdown ends and when some form of normalcy returns,” said Bhanushali.

For Sakshi Bhagat, whose dreams of becoming a film-maker lured her to Mumbai in 2013 from the northern temple town of Varanasi, the lockdown has been a rude shock.

“It’s been so difficult to get payments from production houses for work I did,” said the assistant director. “No one wants to pay.S 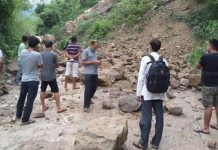 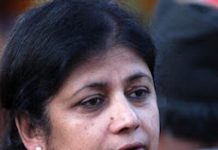 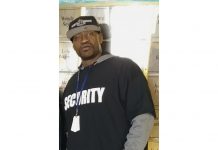 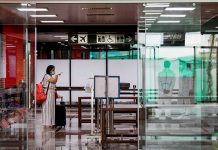