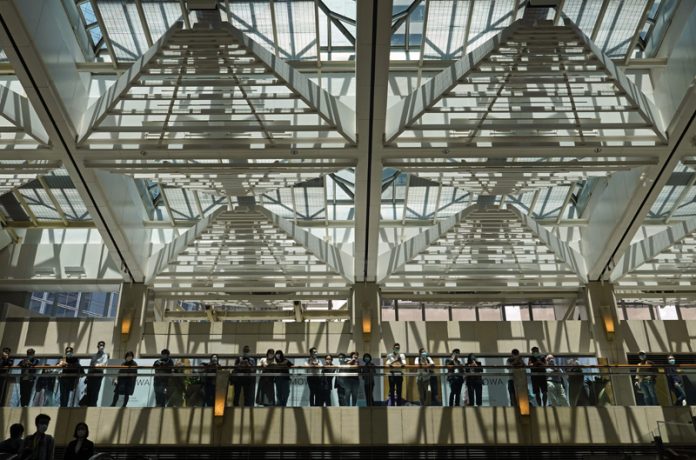 BEIJING: China’s Hong Kong affairs office on Wednesday condemned Hong Kong protesters as a “political virus” who seek independence, warning that the city will never be calm unless “black-clad violent protesters” were all removed.

“The scorched-earth action of the black-clad violent protesters is a political virus in Hong Kong society and a big enemy to ‘one-country-two-systems’,” the office said in a statement on Wednesday.

“As long as the protesters are not removed, Hong Kong will never be calm,” it said.

The Asian financial hub was rocked in 2019 by months of massive, and sometimes violent, political protests after an attempt to introduce an extradition bill to mainland China.

Protesters said Beijing was seeking to erode the “one country, two systems” style of governance that guarantees broad freedoms for Hong Kong since its return to Chinese rule in 1997.

Beijing rejects criticism that it is seeking to encroach on the city’s much-cherished freedoms.

Hong Kong riot police dispersed a crowd of 300 pro-democracy activists, some wearing black, late last month — the first sizable protest since the government imposed a ban on public meetings at the end of March to curb coronavirus infections.

Political tensions have risen after 15 pro-democracy activists were arrested in April.

Hong Kong’s economy recorded in the first quarter its deepest annual contraction since at least 1974, as the coronavirus pandemic dealt a heavy blow to business activity, already in decline following the anti-government protests.

The Hong Kong and Macau Affairs said that while there were many factors contributing to Hong Kong’s economic woes, the main problem was anti-government protests.

“Hong Kong’s biggest trouble comes from within, that is the violent forces openly calling for and engaging in ‘lanchao’,” said the office, referring to a tactic of dragging all of society in a scorched-earth manner.

Nepal to reopen Everest to climbers despite coronavirus case rise

An extra lens to view the media 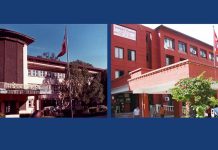 Government plea against free COVID treatment for all quashed 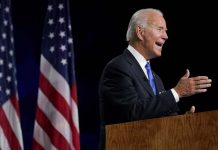 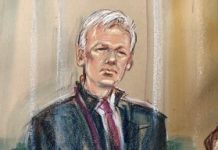 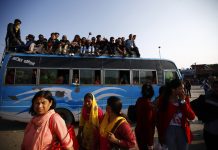